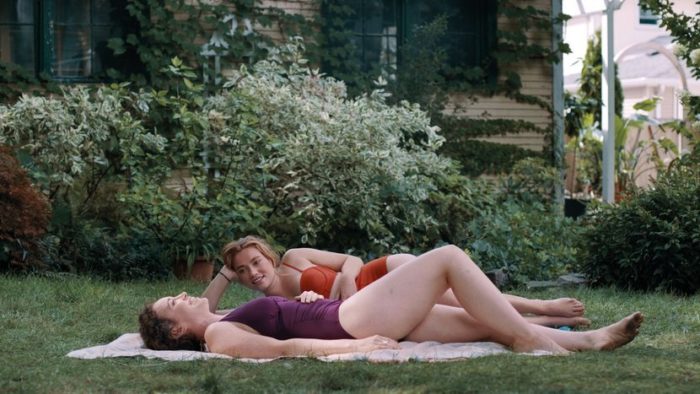 As the end of 2017 approaches, Wonder Woman, Dunkirk and other blockbusters will be competing for the crown of the year’s number one film. But one of best of the last 12 months isn’t a big budget affair at all, but a tiny coming-of-age film that you’ve likely not even heard of.

Princess Cyd follows 16 year old Cyd (Jessie Pinnick), who after a family tragedy, travels to be with her aunt, Miranda (Rebecca Spence), for the summer. The pair couldn’t be more different. Cyd is all about external pleasures, sunbathing on the grass in the garden and discovering her body in the bedroom. Miranda, on the other hand, is more about mental stimulation and spiritual meditation: one plays football at school; the other has friends over to recite passages from literature.

The stage is set, you might think, for a typical chalk-and-cheese comedy with important life lessons, but Princess Cyd is far subtler, and far less predictable, than that. What emerges is a tale about surprising depths beneath presumed surfaces, a gentle story that finds space for each character to chart their own path, repeatedly criss-crossing and meeting in the middle to quietly moving effect.

Cyd is fantastically outspoken and indifferent about many things – she “doesn’t really read”, we quickly learn. She thrives on the obnoxiousness of youth, which thinks it knows everything and knows it better than anyone else. But she’s also unselfconscious about her body and proves deceptively curious about the world around her; she isn’t afraid to quiz her aunt on her love life, as much as she’s dismissive of her aunt’s experiences.

Miranda, meanwhile, is clearly not expecting this presence in her home. A well-known and successful novelist, she’s taken aback, in some ways, by Cyd’s abrupt confidence, but she’s also a textbook cool aunt, happy to give her drink and a free reign to find her own journey of sexual awakening – if Cyd openly questions Miranda’s romantic situation, Miranda is generously unintrusive towards Cyd’s, which is wonderfully, inspiringly fluid towards gender. (Malic White is scene-stealingly good as her romantic interest, a barista called Katie.)

The two lead performances are remarkable and come with a gorgeously lived-in quality. Pinnick announces herself as a major new talent, while Spence’s weary, kind figure is so brilliantly real that you wonder why she hasn’t rocketed to screen stardom years ago. Just watching them interact is a joy, as these two people are forced to become intimate with each other, despite essentially being strangers.

And that’s exactly what director Stephen Cone, who also penned the script, is happy to do. He’s a precise storyteller, capturing tiny details in every action and glance, but more importantly, he’s a patient one: he doesn’t force a conflict or sculpt a narrative to fit his leading ladies into, but sits back and lets the characters create their own story.

It’s an approach that reaps benefits time and time again, as we identify with the wisdom of age as much as we swoon with the heat of young passion and the thick, tangible air of a summer that will only last a few more days. “It’s not a handicap to be one way and not another,” reminds Miranda, with as much as force as Cyd’s own headstrong attitude, able to understand why the teenager is like she is, but still able to put her in her place. Crucially, Miranda’s not a sad, lonely character – she doesn’t need an active sex life to be happy – and Cyd is not one destined for a tragic, moral fall; one scene sees her swamped in a party of adults, but still holding her own even as she’s nervously inexperienced, wearing a tux for little reason other than because she can.

Together, they make for an empowered character piece about two women who are totally genuine, charming and real, each one low-key in appearance and complex beneath. Who says films can’t feature three-dimensional women? And who says that men can’t write them too?

The result is a moving study of learning to slow down and grow up, but also about valuing oneself regardless: it’s less a coming-of-age film, or even a coming-out film, and more a two-way exploration of human ideas passing between generations, a film about how our identities are built up collaboratively through our bonds with other people, forging personalities over time. As 2018 dawns, bringing with it Greta Gerwig’s brilliant Lady Bird, there’s little doubt that female coming-of-age story will be one of the most talked-about indies of next year. Princess Cyd deserves that same praise this year. Don’t miss it. 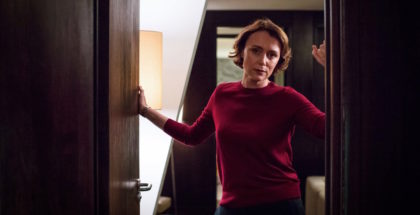