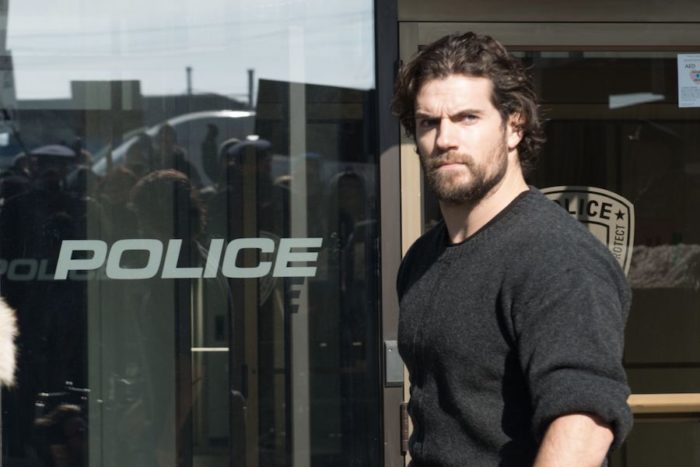 “The people I’m after, they live in the dark.” That’s detective Marshall (Henry Cavill) Night Hunter, a film that sees the glowering, brooding man of the law track down a serial killer. “You are the light,” he tells his estranged daughter, in one of the least subtle lines of screen dialogue since, well, the rest of the movie.

Written and directed by David Raymond, the thriller is the kind of B-movie you might have seen lingering in your Blockbuster bargain bin 20 years ago. Not that there’s necessarily anything wrong with the calibre of bargain bin B-movies, which can offer their own gruelling brand of fun; the problem is that Night Hunter feels frustratingly dated in a way that leaves you uncomfortable as well as unsatisfied.

No sooner than we’ve been introduced to Marshall and his split family we jump to a diner, where a girl-and-guy duo (Eliana Jones as Lara, Ben Kingsley as jaded judge Michael Cooper) turn the tables on a male predator. They’re vigilantes seeking to rid the world of attackers with a thing for younger-aged victims, a cause that puts them on a different side of the law to Marshall but on the same grubby page of genre cinema – this is a thriller that enjoys swimming through the grit and shadows of murky morals and dubious behaviour, perhaps, occasionally, a little too much.

But if the nastiness can leave an unpleasant taste in the mouth, Night Hunter’s real weakness lies in its logic, or lack thereof. Twists and turns abound with little thought for plausibility, consistency or originality, and by the end of the film, you’ll have laughed several times, albeit unintentionally, at the ridiculousness of it all.

Brendan Fletcher throws everything he’s got at the part of Simon Stulls, the suspected killer, while Alexandra Daddario dials up the earnestness as Marshall’s colleague, Rachel, and even Nathan Fillion and Stanley Tucci make appearances in the background. But no matter how much effort the cast bring to their roles, there’s no escaping the feeling that the screenplay was penned a few too many years ago; compared to the rich complexity and nuanced dialogue of Netflix’s Mindhunter, which has set the bar for modern serial killer dramas, this is a frustratingly shallow, often silly watch.

Night Hunter is available on Netflix UK, as part of an £9.99 monthly subscription.

Where can I buy or rent Night Hunter online in the UK?

Birders: New documentary flies on to Netflix this September

Octopussy: Far from an All Time High September 19, 2021 | Ivan Radford