VOD film review: Kingsman: The Secret Service | Where to watch online in UK | How to stream legally | When it is available on digital | VODzilla.co

Matthew Vaughn's violent, light-hearted answer to 007 is undone by its own macho humour.

Keeping the British end up. Attempting re-entry. The Bond films have never shied away from a bit of dated, sexist banter. So it’s only fitting that Kingsman, Matthew Vaughn’s modern 007 spoof, jumps right into them. Sometimes, you wish it went head-first.

The film starts with a wonderfully devised set piece, as a confused, kidnapped professor (none other than Mark Hamill) finds himself rescued from a ski chalet over and over again, each time by a spy more outrageous than the last. That balance of affection and sharply accurate pastiche will be familiar to anyone who enjoyed Vaughn’s previous film, Kick-Ass. As long as that mix of wit and warmth lasts, this is an equally energetic piece of entertainment, one that races excitedly to the next expectation it can subvert.

The casting of Colin Firth as our debonair spy fits right in with that up-ending attitude: playing against type, he’s visibly having a ball as Harry Hart, a man who lectures a pub full of geezers on the importance of manners, before beating them up with an umbrella. Under his carefully preened wing comes Eggsy (Egerton), a wayward teen in whom he sees potential as an agent. The council home background of Eggsy’s downtrodden youth – depicted through domestic rows on the Alexandra and Ainsworth estate – is as cliched as the training montage that follows; the only weakness of Jane Goldman and Matthew Vaughn’s script is that its love of reversing certain tropes causes it to lean on others.

But Taron’s charisma ensures the bad-kid-done-good narrative is always fun to watch: after a strikingly different turn in Testament of Youth, he marks himself out as a young talent to watch. Mark Strong’s pseudo-Q is just as entertaining, while Samuel L. Jackson enjoys the chance to be larger than life as Bond-worthy villain Valentine. His lisp may be out of place, but his nefarious plan – which revolves around his Apple-like technology empire – is a wonderfully topical piece of satire that brings weight to the light-hearted flamboyance.

In many ways, though, the cast are only window dressing: the real star is Vaughn himself, whose direction has rarely been better. The set pieces, particularly one deliberately provocative punch-up halfway through, are gloriously choreographed and shot, sloshing blood around like a barman shaking a vodka martini. The pacing and ingenuity of the carnage will shock and delight fans of the genre, but that bloke-friendly tone ironically goes a step too far, when we finally reach our climactic pay-off. In a movie where our main henchwoman is an amputee who uses her running blades as weapons – the deadly Sofia Boutella – it’s a shame to see Kingsman fail so miserably when it comes to another token female character. Rather than reverse James Bond’s most laughable tradition, Kingsman deploys a misjudged gag that only endorses the sexism of old.

That bum note leaves a sour taste in the mouth, the opposite of Kick-Ass’ deliriously uplifting ending. In 007 terms, Kingsman does a great job of keeping the British end up. But it attempts re-entry one too many times.

Kingsman: The Secret Service is available on Disney+ UK, as part of a £7.99 monthly subscription or a £79.99 yearly subscription.

Where can I buy or rent Kingsman: The Secret Service online in the UK? 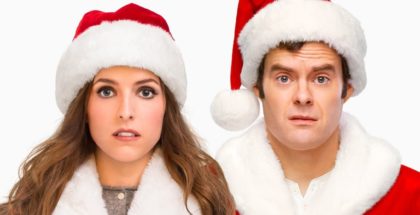