VOD film review: Infinite | Where to watch online in UK | How to stream legally | When it is available on digital | VODzilla.co

This dull, nonsensical sci-fi is a waste of talent.

Stop us if you’ve heard this one before. An average American guy winds up in trouble but is rescued by a mysterious group who tell him that he has abilities beyond that of mere mortals – and that he must choose sides in a war that has been going for years, a war that will ultimately decide the fate of the world. In Infinite, Antoine Fuqua’s sci-if thriller, the man in question is Evan (Mark Wahlberg), who is struggling to get a job because of his history of mental illness – but he discovers that what doctors thought was schizophrenia is actually his ability to remember everything that has ever happened to him in all of his past lives. He is what they call an “infinite”.

But it turns out that others are infinites too, including a sinister man played by Chiwetel Ejiofor, a sinewy type played by Toby Jones and a trustworthy sort played by Sophie Cookson. And they all know that Evan is actually a bloke called Heinrich Treadaway, who has been reincarnated in Mark Wahlberg’s body, but without all of his memories online. The one thing they want him to remember? Where a powerful object has been hidden that will be able to wipe out the DNA of every living organism.

The bad guys are known as Nihilists and the good guys are known as Believers, but what exactly they believe or don’t believe in isn’t really explained – the film is too busy attempting to jump from one showdown to the next, without any sense of logic or narrative. Based on the 2009 novel The Reincarnationist Papers (which was originally self-published), the script is nonsensical bordering on incomprehensible and, despite Antoine Fuqua’s confident attempts to keep things entertaining through CGI-heavy spectacle, the lack of any stakes or engaging characters only leaves things feeling generic and dull. The fact that the MacGuffin at the heart of the whole plot is literally an egg just makes the whole thing even more laughable.

The result is a waste of a talented director and strong cast, and fails to turn an intriguing concept into anything remotely intelligent or exciting. Compared to the not dissimilar Netflix thriller The Old Guard, which left you wanting a whole franchise, this is a blockbuster that achieves the exact opposite – Infinite is a film with extremely finite potential.

Infinite is available to watch online on Amazon Prime Video as part of a Prime membership or a £5.99 monthly subscription. 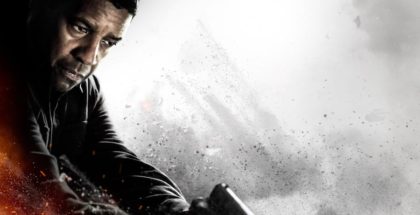