VOD film review: Guardians of the Galaxy Vol. 2 | Where to watch online in UK | How to stream legally | When it is available on digital | VODzilla.co

A more thoughtful, moving sequel makes up for a lack of laughs and novelty in this fun space adventure.

How do you follow up one of the most surprising superhero blockbusters of recent years? With a little less of a surprise. That’s the broad challenge facing Guardians of the Galaxy Vol. 2, which tries very hard to match the original film’s vibrant burst of anarchic humour – and sometimes, lets that effort show.

The gang are, naturally, all back together, with Quill (Pratt), Gamora (Saldana), Drax (Bautista), Rocket (Cooper) and Groot (Diesel) all now known across the galaxy as the Guardians – and that means they’re now available for hire, which leads us into a bravura opening sequence, where the team try to defend a bunch of interstellar battery Macguffins from a gargantuan space beastie. It’s madcap, relentless and bursting with enthusiasm, shot in a single take and accompanied by ELO’s Mr. Blue Sky, a song that taps into that manic energy. It also suffers from been-there-done-that syndrome, as Vol. II visibly strives to outdo the franchise’s own craziness.

If that sequelitis runs through the whole project, though, it distracts from what might be, in many other ways, a superior movie. Where the first Guardians of the Galaxy suffered from a generic final act – ship meets planet in CGI fest, just as the unlikely band comes together – Vol. II dives deeper into more emotional territory. Quill’s mother was the heart of Vol. I, and so it’s only fitting that this should turn to Quill’s father. Kurt Russell shines as the aptly-named Ego, a man obsessed with fathering a child strong enough to carry his legacy into the realms of immortality, and the duo’s shared desire for a family and a connection is balanced with Quill’s own compassion and sense of doing the right thing.

That gives Pratt more material to chew over than his increasingly familiar offbeat hero schtick, and Gunn’s script also extends that meaty substance to Yondu. Michael Rooker’s space pirate was one of the MVPs of the original movie, and he’s given a moving, weighty arc here, which doesn’t exempt his morally dubious role as something of a child-napper; his relationship with Quill is a deceptively complex contrast to Quill’s bond with his biological dad, and themes of nature, nurture and loyalty are threaded with the agility of Yondu’s whistling arrow – no mean feat for a blockbuster that has to fit in with MCU continuity.

Gunn’s determination to find space for character also helps to give Karen Gillan’s Nebula and Zoe Saldana’s Gamora more time to interact, although both remain the weakest parts in the script. The series’ spirit of invention and development, though, is epitomised best of all by Baby Groot. Turning him into a child brings a mischievous presence that sums up the deft juggling of silliness and space operatics that makes Guardians of the Galaxy so likeable. With a more eclectic soundtrack (listen out for Cat Stevens’ Father and Son and Sam Cooke’s Bring It On Home to Me) to fuel a more heartfelt climactic set piece, Vol. II emerges as a more mature and thoughtful entry in Marvel’s endlessly expanding comic book world. If it takes less novelty and fewer laughs to get to that point, then the galaxy proves worth saving a second time.

Guardians of the Galaxy Vol. 2 is available on Disney+ UK, as part of a £7.99 monthly subscription or a £79.99 yearly subscription.

Where can I buy or rent Guardians of the Galaxy Vol. 2 online in the UK? 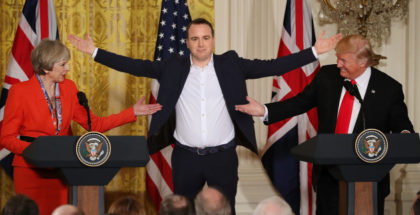