VOD film review: Frozen | VODzilla.co | Where to watch online in UK | How to stream

The exciting, empowering tale of two sisters is a delightful, showstopping family musical.

Frozen is the story of two sisters, who happen to be princesses. It sounds like the premise for a trashy novel – in fact, it is – but Disney’s Frozen is far more subversive than that.

The tone is set from the off, with the heart-wrenching number Do You Wanna Build A Snowman?. Sung by a young, lonely Anna (Bell) to her older, reclusive sibling, Elsa (Menzel), it’s a blend of classic Disney charm and clever post-modern wordplay – the signature of writers/directors Jennifer Lee and Chris Buck, who co-created The Book of Mormon.

That balance of old and new runs right through Frozen’s veins. When Anna’s parents die, the secretive Elsa becomes Queen of Andarelle, only for Anna to discover why she hid away for years: she has the power to control ice. When her powers go out of control, though, Elsa flees, leaving Anna to be swept off her feet by the suave Hans (Fontana).

It’s at this point you think you know what’s going to happen. Evil snow queen. Single good girl. Sexy suitor with a German name. But where you might expect a wedding and a war against the villain, Buck and Lee cut to Elsa instead, only for her to deliver a rousing power ballad from the top of a mountain. “Let the storm rage on,” she cries defiantly, “the cold never bothered me anyway.”

A feel-good song and dancer for the bad guy? That’s just the start of many inspired flourishes, usually tied up with a toe-tapping ditty. Josh Gad goes all Dick-van-Dyke-in-Mary-Poppins as Olaf, a singing snowman who dreams of summer, while Kristen Bell repeatedly bucks trends as the quirky heroine. “I wanna stuff some chocolate in my face”, she announces in The First Time in Forever – a sentiment that a Disney Princess would never admit to in public, let alone sing it. Even when Anna joins forces with Jonathan Groff’s Kristoff, a loyal reindeer keeper, his animal sidekick resolutely doesn’t talk.

The infectious snowball of fun keeps on rolling, through stunningly rendered landscapes and upended conventions all the way to a rousing finale, which brings the house down with an avalanche of adorable smarts. The result is a delightful animation – more musical than adventure – that follows in the footsteps of Tangled and Brave to deliver another female-driven story for boys and girls alike. What makes Frozen better than both? It’s partly Buck and Lee’s witty songwriting – a soundtrack that’s a perfect fit for modern Mickey – but also the characters themselves. Because for the first time in forever, a Disney Princess movie is the story of two sisters, who happen to be princesses – and not the other way around.

Where can I buy or rent Frozen online in the UK? 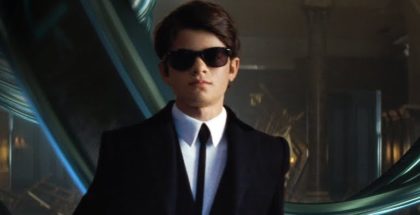 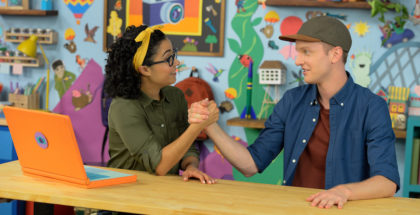 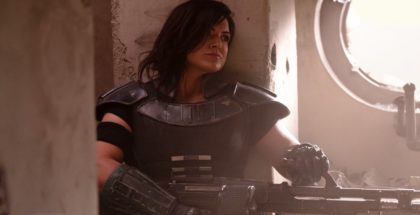 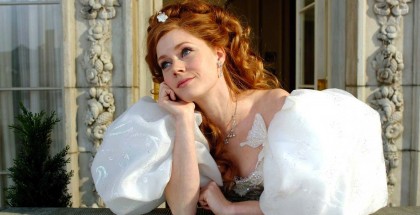