“Has anyone ever told you that you look like Lauren Bacall when you smoke?” “Humphrey Bogart. And I didn’t like it then either.”

That’s the sound of a screen icon being resurrected in Film Stars Don’t Die in Liverpool, which casts Annette Bening as Gloria Grahame, Hollywood legend, cinema pin-up and hot stuff back in the 1940s. We meet her in the 1970s, 30 years after her Oscar nomination for Crossfire and 20 years after her Academy Award for The Bad and the Beautiful, a flicker of the flame she once was – and it’s here, at the end of her career, that she winds up taking a role in a Liverpool theatre, where her path crosses with young Peter Turner (Jamie Bell). There’s enough of a spark left in her, though, to ignite a passion in him, and a romance between them blossoms.

Based on the 1986 memoir by Turner, the result plays out like a companion piece to My Week with Marilyn. And Annette Bening stands alongside Michelle Williams’ Marilyn with her excellent portrayal of an infamous idol, managing to capture not only her impetuous, fiery charisma but also her vulnerable side. It’s a wonderfully complex role, balancing resilience and fragility, a youthful naivety and the bitter cynicism of experience. Jamie Bell, meanwhile, is given his best character in years, sinking his teeth into the meaty role of a man falling for the woman behind the screen image, only to see her in a cinema matinee and rediscover her in her heyday.

There are moments that really work between them, from their blazing rows to the strangely innocent scene in which we first see them meet, as she persuades him to dance to a record in her room. But despite their individual strengths apart, the film never manages to convince you of their relationship when together. Even though it’s based on true events, and even with a script by Matt Greenhalgh (no stranger to the problems of stars off-stage, after penning Control and Nowhere Boy), Gloria and Peter’s story never fully rings true.

A supporting turn by the always-excellent Stephen Graham as Peter’s brother, Joe, helps to flesh out his Liverpudlian home life, but without that central romantic engagement to power us through events, the period feels oddly artificial. It doesn’t help that the screenplay conveys little sense of Grahame’s career, and, unlike the recent Feud, scant exploration of the way that many actresses past a certain age are discarded by Hollywood – we’ve given little chance to care about the fate of Grahame, let alone her impact on her unassuming partner. The result is a fantastic showcase for two actors at the top of their game, but Film Stars Don’t Die in Liverpool never quite comes to life.

Film Stars Don’t Die in Liverpool is available to watch online on Amazon Prime Video as part of a Prime membership or a £5.99 monthly subscription.

Where can I buy or rent Film Stars Don’t Die in Liverpool online in the UK? 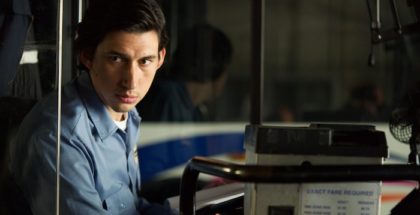