VOD film review: Disobedience | Where to watch online in UK | How to stream legally | When it is available on digital | VODzilla.co

Rachel Weisz plays Ronit, a New York-based photographer who returns home to an Orthodox Jewish community in north London, after the death of her estranged father (Anton Lesser), a much respected rabbi. On her arrival, she’s given a decidedly frosty welcome, but she’s taken in by her former friend, Dovid (Alessandro Nivola), who had become her father’s beloved protégé and is now an admired rabbi himself.

However, Ronit is shocked to discover that Dovid has married Esti (Rachel McAdams), who’s evidently unsettled by Ronit’s presence in her home. It’s gradually revealed that Esti and Ronit had something deeper than friendship in the past, and their newfound proximity soon rekindles old feelings, causing a strain on Esti’s marriage.

Weisz (who also optioned the novel and serves as producer) is terrific as Ronit, a complex figure who has her own way of dealing with difficult emotions, as shown by an opening sequence triggered by her receiving the news of her father’s death. She also generates extraordinary chemistry with McAdams, to the point where there’s palpable tension in the air between them in any given scene.

McAdams, in turn, delivers a career best performance as Esti, caught in a struggle between her faith, her marriage and her desires – it’s a captivating turn, made all the more powerful by what goes unsaid, through a series of looks and gestures. Nivola is equally good as Dovid, bringing a great deal of understanding and compassion to what would traditionally be a far less sympathetic role.

Lelio’s direction is extremely impressive throughout, particularly in his steadfast avoidance of melodrama. He has a strong command of pace, allowing the slow burn to reach unbearable intensity. as the two women continually circle each other. That pays off with an intense sex scene that feels shockingly raw and honest. (The scene has already garnered notoriety, due to the use of spitting, but it’s far from gratuitous and ultimately forms the beating heart of the film.)

Adapted by Lelio and Rebecca Lenkiewicz, the script explores several provocative themes, encapsulated by the film’s opening, in which Ronit’s father delivers a sermon about free will being both a gift and a burden. However, what’s most striking is the tone, which is entirely non-judgmental, making the human behaviour of the characters all the more fascinating.

On top of that, the film is expertly shot by cinematographer Danny Cohen, who uses muted light and colours to emphasise the film’s resolutely unmelodramatic tone. The atmosphere is heightened by a superb score from Matthew Herbert that combines woodwind instruments and sung Hebrew prayers to strong emotional effect.

Where can I buy or rent Disobedience online in the UK?

Where can I buy or rent Disobedience online in the UK? 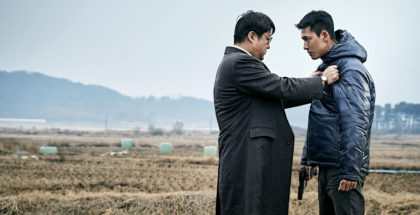 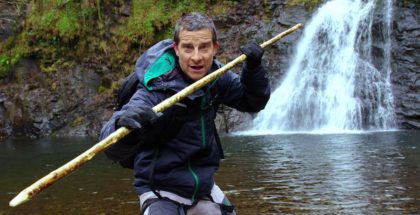