VOD film review: Cocoon (2020) | Where to watch online in UK | How to stream legally | VODzilla.co 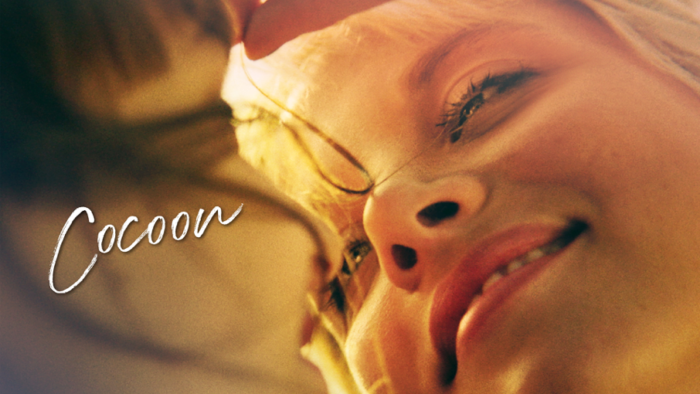 Written and directed by Leonie Krippendorff, Cocoon (or Kokon) is a lesbian coming-of-age drama set during a blazing hot summer in the Kotti Kreuzberg, Berlin’s Kottbusser Tor district. Sharply observed, beautifully acted and superbly directed, it’s one of the best teen dramas of the year.

Lena Urzendowsky plays 14-year-old Nora, who spends her days tagging along with her slightly older sister Jule (Lena Klenke) and her best friend Aylin (Elina Vildanova), in part because their alcoholic mother Vivienne (Anja Schneider) is often absent, leaving Jule in charge. As their scorching summer of swimming pools and rooftop parties progresses, Nora begins to realise that her feelings and experiences might be different to those around her, particularly when she’s befriended by cool new girl Romy (Jella Haase), the only person to offer sympathy after a mortifying moment in gym class.

As Nora and Romy begin a summer-of-love relationship, Krippendorff captures the intensity and the rush of sexual awakening, as well as the attendant heartbreak and the precarious balance of teen social circles. In particular, the film does a terrific job of presenting Nora’s adolescent experience as its own little world, where everything matters in the moment and the tiniest details (such as a brush of skin or a top coming undone underwater) can carry a powerful charge.

Krippendorff’s sharply observed script takes the standard set of coming-of-age and coming out tropes and skilfully makes them seem both universal and deeply personal. On top of that, the relationship between Nora and her sister is extremely well drawn – the story is told through Nora’s eyes, so we only gradually get a feel for Jule’s experience, because she has to hide so much from her sister in terms of being the responsible older sibling.

Urzendowsky is terrific as Nora, conveying a wealth of emotion with relatively little dialogue – the thunderous expression on her face after a witnessed incident at a party is a particular stand-out, but there is a multitude of quieter moments just as affecting. There’s also strong support from both Klenke and Haase, both of whom spark engaging chemistry with Urzendowsky.

It’s fair to say that the film isn’t exactly subtle when it comes to the blatant metaphor of its title: Nora keeps caterpillars in jars in her bedroom and there are no prizes for guessing what happens to them. That said, the result is a near-perfect final shot, so it’s hard to argue with the outcome. This thoroughly delightful drama is worthy of a place alongside Lukas Moodyson’s masterpiece, Show Me Love.

Where can I buy or rent Cocoon online in the UK?

Watch: Trailer for Roald & Beatrix: The Tail of the Curious Mouse