VOD film review: Citizen Jane: Battle for the City | Where to watch online in UK | How to stream legally | VODzilla.co

This accessible, engaging documentary takes the beating heart of our cities and puts it on screen.

Urban planning. Already, you’ve stopped paying attention, right? The way that cities are laid out and put together may sound as dull as Theresa May at a dinner party, but in 2017, it’s never been more important. Between luxury housing owned by foreigners, streets filled with food banks, affordable homes that aren’t affordable and an endlessly growing population, humanity is at a point where it needs to scale up, but size isn’t everything – and Citizen Jane: Battle for the City is reminder of the need to get the measurements right.

The Jane in question is Jane Jacobs, a woman many are unlikely to have heard of. The journalist-turned-activist found her calling, as she fought for the rethinking of New York’s future, opposing the schemes of Robert Moses, the man responsible for the city’s post-WWII planning. He wanted to extend motorways through cities, at the cost of parks and old buildings, to pave over and push down history to create a more modern metropolis. But it’s only when compared to Jacobs’ vision that the flaws in such thinking become obvious: Moses also had the bright idea of replacing the slums with cheap housing projects, which only reinforced the segregation of the city’s impoverished into a separate community, encouraging and nurturing a closed hotbed of crime.

Director Matt Tyranuer manages to take these concepts and bring them to life with an accessible energy, animating maps and delving into all kinds of archive footage. But at its core, he boils down the dispute into a simple, engaging juxtaposition of extremes: one, a man thinking from the top down; the other, a woman thinking from the bottom up. Jacobs argued her corner in an industry and decade where men dominated the corridors of power, and Citizen Jane emerges as both a likeable celebration of her tenacity and a criticism of the more masculine way of approaching urban environments.

Cities, Jane understood, are made of people not projects, built on the intersecting of roads and corners, where people can interact and cross paths over small blocks and foster a sense of community. There’s a soul and spirit to the strange alchemy of humanity growing in a concentrated space – and, at a time when the President of the United States is a property tycoon himself, there’s a timely urgency to considering the implications of high-rise buildings and megacities. The result is a deceptively natural companion piece to Ben Wheatley’s High-Rise, a tribute to the importance of shaping the spread of buildings and the power of individuals to stand up to the giants controlling it. Years after Jane’s battle to save America’s 20th century, Citizen Jacob does something just as difficult for the 21st: it takes the beating heart of our cities and puts it on screen. 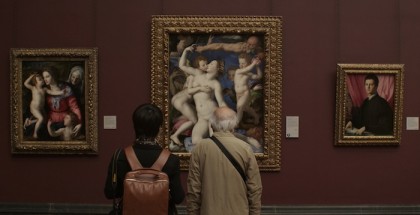