Strong performances are undermined by lacklustre plotting in this watchable ensemble drama.

Scripted by Leon Butler, this multi-strand ensemble drama takes its title from a Cicely Fox Smith poem about the Thames, called The Oldest Thing in London. (“A thousand landmarks perish / A hundred streets grow strange” is helpfully quoted halfway through the film in case you missed the reference.) As multi-strand dramas go, it’s rather lacking in ambition and frequently contrived, although there are compensations in the performances.

The second story focuses on small-time drug dealer Kingsley (Franz Drameh, taking time off from Legends of Tomorrow), who attempts to leave gang life behind and pursue a theatre career after befriending retired actor Terrence (Stott). Meanwhile, cheerful cab driver George (Charlie Creed-Miles) is navigating the adoption process with his wife, Kathy (Kierston Wareing), but sinks into depression after a terrible accident.

Elba is all too convincing as an entitled former star, whose fame is on the wane, and you can feel his temper lurking beneath the surface, lending a palpable tension to the scenes where he tries to reconnect with his wife. Arterton, in turn, invests Emily with a compelling combination of sadness, vulnerability and determination, so that you feel the sting of every wrong decision she makes.

Similarly, Drameh (whose character’s narration book-ends the film) delivers a heartfelt performance that should see his stock rise considerably in the UK, while Creed-Miles is genuinely moving as Charlie and there’s strong support from both Wareing and Stott. The film also deserves praise for its strong location work, which lends the work an authenticity that’s not always backed up by the script.

The main problem is that the three stories frequently descend into cliché and it becomes increasingly hard to escape the feeling that you’ve seen it all before. In addition, the script’s contrivances are too far-fetched (particularly in regard to Kingsley’s storyline) and its overly dramatic climax fails to ring true.

On top of that, the film fails to deliver any of the pleasures traditionally associated with multi-strand dramas, in that the characters never actually interact in any meaningful fashion – they occasionally walk past each other, but even those scenes feel like an afterthought. By the same token, there’s no imagination in the editing – indeed, for all the effect that the stories have on each other, they might just as well have been presented in chapter format, as three entirely separate tales. Ultimately, the performances ensure that this remains watchable throughout, but the thinly-written stories fail to achieve the desired emotional impact.

100 Streets is available to watch online on Amazon Prime Video as part of a £5.99 monthly subscription.

Where can I buy or rent 100 Streets online in the UK?

Trailer: Netflix’s Captive promises to capture the price of freedom 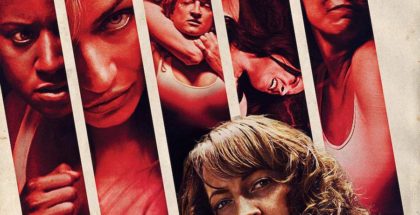