Amazon UK TV review: Red Oaks Season 2 | Where to watch online in UK | How to stream legally | When it is available on digital | VODzilla.co 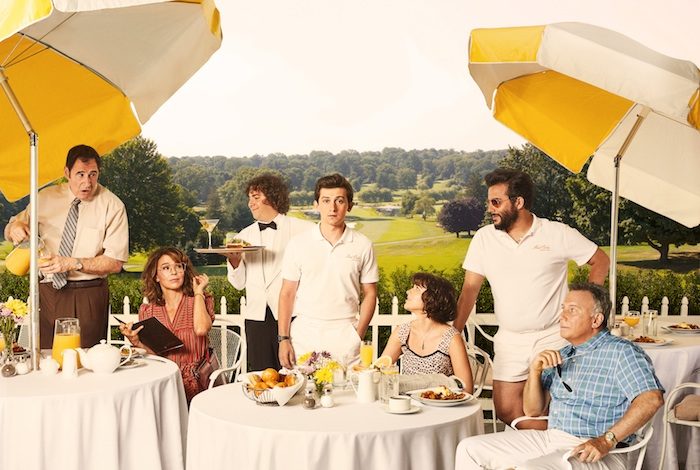 Say the words “1980s coming-of-age comedy” and you automatically think of a self-aware TV show with knowing post-modern gags and cliched characters. But Red Oaks, Amazon’s delightful original series, isn’t that. It doesn’t have a cliched bone in its body: ever since its pilot, the show has impressed with just how assured its own identity is – and just how sincere its heart is.

It’s that genuine warmth that makes it possible for the show to return for a second run. Not a repeat bunch of pop culture references (although you do get those), or a rehash of stoner humour (although people do get stoned), but a second chance to spend time with familiar characters – characters who continue to develop and grow in new, endearing and, above all, entertaining ways.

For those who haven’t visited Red Oaks before, it follows David Meyer (Craig Roberts), a young, new tennis coach at the titular country club, who is trying to find his way in the world – and, after a year of trying, has finally found his way to the girl of his dreams: Skye Getty (Alexandra Socha). The problem? She comes with her father, Mr. Getty (Paul Reiser), who owns the whole club.

Season 1 ended with the thrill of potential freedom, of flying the nest to pastures new – and, sure enough, we open Season 2 in Paris, city of lovers, wine and French New Wave cinema. David, who still harbours dreams of becoming a filmmaker, visibly lights up when he gets the chance to talk about Truffaut with Skye’s French friends. He waxes lyrical about the use of a narrator in Jules et Jim, of the way that their love is destined not to last – and all of it is lost entirely upon his audience, as they can’t speak English very well. (Anyone who’s been at a dinner party in another country will recognise the delightful awkwardness.)

It’s exactly the kind of thing that Red Oaks does so well; capture the floating joy of youth, only to burst its bubble with a faintly sad (and always amusing) pop. And so, inevitably, David’s trip to France to see Skye is ruined, when her parents barge their way in and do their best to kill the romantic mood. Given a camera as a romantic gift, David takes to filming the ensuing group tour of the city, much to the displeasure of Mr. Getty. One shot jumps from David’s black-and-white, handheld footage to a colour shot of Paul Reiser glaring at the camera to hilarious effect, a sight gag that reminds you just how good Reiser’s facial expressions are, while also subtly deflating David’s dreams of New Wave creativity. 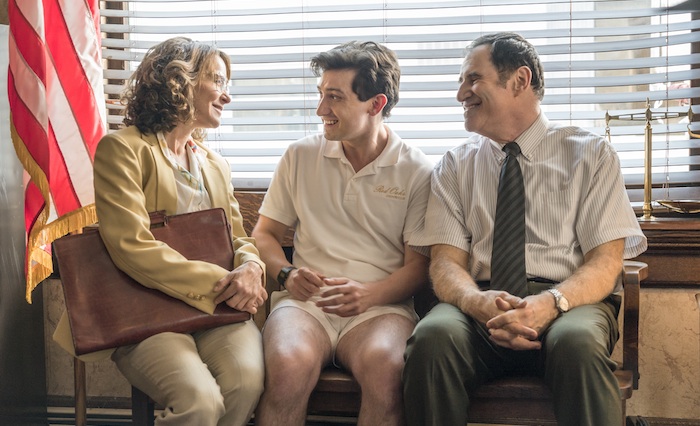 Both actors are brilliantly cast in their roles – Roberts, a natural fish-out-of-water, was born to stick his head out of a car window and gaze wistfully into the distance – and it’s telling that we get as much time to enjoy their chemistry as we do the connection between Roberts and the marvellous Socha. While he is hopeful and devoted, she is less able to see the divide between the Meyer and Getty families; a divided that her father sees only too well. “You’re a nice kid,” he tells him, on New Year’s Eve. “You’re just not good enough.”

While the writers are keenly aware of that gulf in attitude and class, Red Oaks’ sincerity means that it makes the effort to sympathise with everyone on screen. So when we return to American shores, it pays just as much attention to David’s mum and dad, Judy Meyers (Jennifer Grey) and Sam Meyers (Richard Kind). Now in the throes of divorce, it’s the kind of background detail that could be a mere punchline, but Season 1 spent time building up their relationship with each other and with David – particularly in the standout body-swap episode that drew father and son together.

Again, the duo spark as well as any other pairing. It’s a mark of how rounded this ensemble is that every conversation is full of emotion and laughs in equal measure; under the direction of such veterans as Clueless’ Amy Heckerling and Hal Hartley, the cast have all grown to become much more than spoofs of period stereotypes. Coupled with a keener sense of who the core players are – there’s a stronger focus on the two families, which keeps things tight and well-paced – and you have an increasingly mature show.

“He’s argumentative,” sighs Sam at the dinner table. “No, I’m not,” retorts David. “See what I mean?”

Kind is a fantastically crumpled presence, his muddled family conversations stuffed with witty one-liners and his interactions with Grey full of the messiness of real marriage. At one point, he even tries to set up his almost-ex-wife with someone from work. “He’s black,” he comments. “You don’t have to mention that, it might seem racist,” says Judy. “He’s not racist,” comes the oblivious reply. 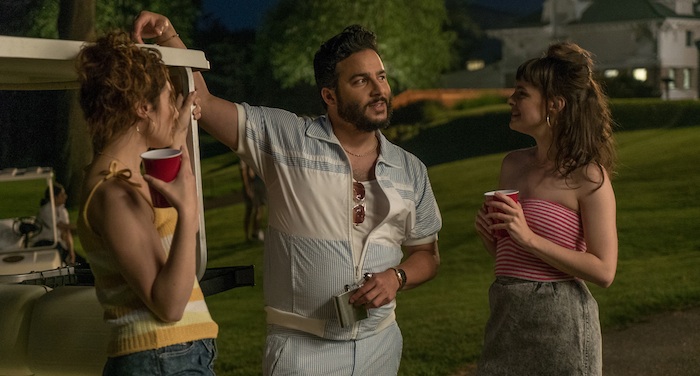 None of the laughs, though, compare to when David sets foot in the club and reunites with Ennis Esmer’s unctuous Nash (“David, as I live and breathe!”), who immediately sets about stealing the whole show with his plummy brand of self-inflated ego. Even he, though, has gotten a year older, an ageing process that has taken its toll and given him a slightly pathetic edge. “Nothing like going out to sow some wild oats,” he jokes, as they talk of sex. “And some potatoes beside, if you know what I mean.”

He makes for a great contrast with Oliver Cooper’s Wheeler, whose stoner, nerdy barman still pines for Alexandra Turshen’s lifeguard Misty – a relationship that has moved on significantly from the familiar teen flick traditions to become a deceptively gentle study of unrequited affection. Just look at how Misty has gone on to follow her dreams as a dental hygienist; two seasons in and Amazon’s comedy remains that rare thing: a sitcom that doesn’t keep its characters in the same old routine. One of Amazon Prime Video’s most underrated originals (on a streaming service full of underrated originals), Red Oaks Season 2 is fresh, funny and full of heart – fortunately, some things never change.

All 10 episodes of Red Oaks Season 1 and 2 are available to watch on Amazon Prime Video, as part of a £5.99 monthly subscription. 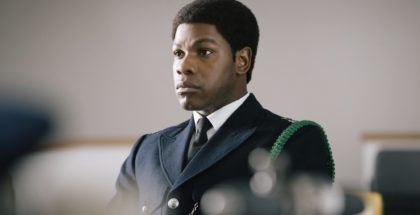 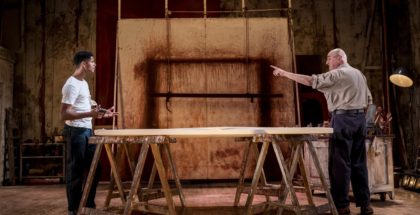 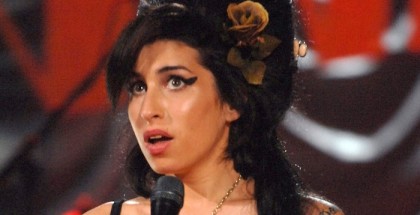