UK VOD TV review: The Leftovers Season 2 finale (Episode 10) | Where to watch online in UK | How to stream legally | When it is available on digital | VODzilla.co

This contains some spoilers.

“What are you doing here?” Meg asks Kevin, when their paths inevitably cross in The Leftover’s Season 2 finale. It’s a question we’re all asking. After all, the last time we saw Kevin, he was dead.

But this is The Leftovers: it’s a show that gives as well as takes away. The question, perhaps, is less about what’s he doing here, but where exactly “here” is.

The relocation of Damon Lindelof and Tom Perrotta’s show to Texas turned out to be exactly what the series needed to find its philosophical mojo. After an uneven, yet dazzling, first season, Season 2 has emerged as a stunning piece of television – and moreover, one that’s stunningly consistent.

Religion and faith have always been at the core of the programme, alongside themes of doubt, loss, despair and grief – and part of the show’s power lies in its ability to make us feel those things, not just show them. The narrative, which jumps between the real world and (in Episode 8) a strange limbo, deliberately leaves us to question everything we see. Do things have meaning? Are they symbolic? Or are they simply us reading into them for the sake of it, hunting for solace in cryptic enigmas that may or may not give reason to the incomprehensible?

The penultimate chapter of this second run gave us our most grounded sequence of events yet, providing more answers than questions. After that quick catch-up on the Guilty Remnants’ activities in the past few years, we don’t need an explanation of why Meg is in Jarden: she’s there to blow it up. Or is she?

A stunt involving the bridge to town proves explosive in a completely different way, as Erika discovers that Evie is still alive. Their confrontation, which takes place in front of a horde of onlookers, unfolds – as usual, with the GR – in silence, as we watch a stoic daughter reject her mother in blunt writing. It’s the kind of heartbreaking moment that another show would linger on for a whole hour, but The Leftovers deals in these powerful exchanges as its bread and butter: the show is a string of transendent encounters that rush past in a blur, only elevating your emotions if you pause to consider them.

Matt and Mary, for example, have a tender reunion, just as she begins to move once more on the fourth anniversary of The Departure – and it’s a sight that makes you weep for joy, if only for a minute. That happiness stems not just from their likeable performances – and instantly believable chemistry (Janel Moloney, given she’s been catatonic for most of the season, does astounding things with the short time she’s given) – but from the sudden certainty that Matt didn’t assault his wife. His Job-like punishment has reached an end, even if it’s a temporary one.

That certainty is absent for so many characters, whether that’s Tom, trying to work out what the point of Meg’s attack is, or John, faced with a daughter who hasn’t gone Missing in the way he first thought. Kevin Carroll is marvellous, capable of lashing out with a gun as much as breaking down into tears. His life has been defined by inexplicable occurrences, from his dad’s rebound from the grave to Kevin’s apparent revival, not to mention Evie’s altogether different return.

But if there are questions raised, as ever, this final hour provides a surprising amount of closure – and a lot of that stems from Kevin. Justin Theroux has been brilliantly conflicted all season but now, even are they reach their most baffling, things may well be falling into place. In the hotel-like limbo, he struggled with his choice of clothes, opting for a black suit. When we see him at a wardrobe here, the choice is simple: his old police uniform. When he confronts John, he’s offered his old dog back, a gesture of reconciliation with the past. Even a brief musical scene in a bar sees him singing Homeward Bound with the kind of conviction that makes it clear he knows where his home is – only The Leftovers could cover terrorism, resurrection and cults and still find time for karaoke.

“I don’t understand what’s happening here,” John says, puzzled, to Kevin – a sentiment echoed by the use, once again, of a beautiful piano cover of The Pixies’ Where Is My Mind?. “Neither do it,” replies Kevin, but with the satisfaction of a viewer who’s now familiar enough with The Leftovers to happily embrace the paradoxes.

Take that opening of Episode 1, which saw a cave-woman suffer an earthquake, only to leave behind a child. Suddenly, that starts to make sense, as we see Nora’s adopted baby stolen from her in the rush to get into town. She shields it with her own body on the bridge – a gesture of protection that contrasts with the fear of the earlier sequence. (Carrie Coon also deserves praise for her superb work, which includes a darkly hilarious moment where she smashes radio on the floor during a Christian talk show. “Fix that, Jesus!”)

Earthquakes, we realise, can still happen, just as departures and arrivals are interchangeable. Jarden hasn’t been spared by God, as the townspeople sing (and as Meg and her gang cruelly mock) – John and the others’ following of the memorial tradition on Departure Day confirms they’re all trapped in the same grief-stricken purgatory – but it is a place where miracles do occur. They’re just not necessarily the ones that people expect.

“What are you doing here?” asks Meg, all righteous fury, as she confidently demolishes this community. “I live here now,” replies Kevin. The final shot, which sees a family reunion of sorts take place in the gloom of a barely-lit living room, finds the Garveys once more on the other side of a chaos-strewn town – complete with friendly neighbours and prodigal sons. Is Kevin dead? Did he ever come back? The news of a third season being commissioned by HBO suggest yes, but it doesn’t really matter. He’s here. And so is everyone else.

Season 1 and 2 of The Leftovers available on Sky Box Sets. Not got Sky? You can watch The Leftovers online on with NOW, as part of a £7.99 monthly subscription that includes live and on-demand access to Sky Atlantic, Sky 1, FOX UK and more.

Where can I buy or rent The Leftovers online in the UK?

Exclusive Clip: Swung (out now in cinemas and available to watch online) 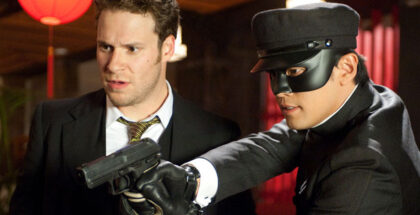 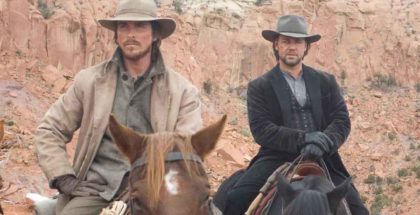