UK VOD review: The Walking Dead Season 5, Episode 4 (Slabtown) | Where to watch online in UK | How to stream legally | When it is available on digital | VODzilla.co

If you’ve been wondering just what has happened to Beth (Emily Kinney), then Slabtown will answer all your questions. Fortunately, she escaped the cannibal camp of Terminus, but waking up on the top floor of a former Atlanta hospital isn’t a much better place to be. Her new group works in a hierarchy where those who are toughest are on top and go out to rescue survivors. Should they encounter a threat or waste of resources, then they don’t hesitate to turn them into rotter feed.

Zombie frights are at a minimum again in Episode 4 of Season 5, used instead as a quick scare rather than the main threat. That role still falls to man and the threat of the hospital inhabitants is nothing compared to what has come before. But, of course, Beth wouldn’t know this. Terminus left us on real tenterhooks, our flesh crawling at the thought of being devoured. In comparison, the hospital seems like a positive paradise, its residents fairly safe as long as they serve a purpose.

In this society, inhabitants must work off what they owe, but the more they take, the greater their liability; it’s a vicious circle. It is led by Dawn (Christine Woods), a former police officer, who still wears her uniform and insists things are kept neat, ready to rebuild when rescue finally arrives. While she doesn’t look the leader type, Dawn doesn’t hesitate to beat her authority into you should you get on her wrong side.

But this isn’t what is most frightening about this group.

Dawn is assisted by Michael Gorman (Cullen Moss), who is overly keen to help Beth pay off her debts. They share the episode’s creepiest scene, when he tries to feed Beth a lollipop. It’s certainly unnerving to watch, as is the next time these two share a room alone, but it’s not the edge-of-your-seat, flesh crawling intensity that we have experienced in the previous three episodes.

In fact, nothing has really matched the intensity of the No Sanctuary yet and Slabtown is far removed from that in every way. Action is replaced by exposition in a fairly standard post-zombie tale, but unless the show intends for us to spend a lot of time with this group, it seems rather unnecessary. The characters outside of Gorman aren’t really engaging enough and Beth has no real chemistry with any of them.

Slabtown could just be setting us up for bigger threats to follow – the final sting whets our appetite for the next episode. The shooting of this week’s zombie fight scene, meanwhile, is very different to anything that’s come before, creating an almost out-of-body experience that works exceptionally well. And at the heart of it all is Beth, who was never a huge fighter or leader, simply a harmless follower with a beautiful singing voice. Slabtown plays to that innocence. Our heroine does what she needs to do in order to survive. It’s just a shame that it’s not as exciting as what Rick would have done. 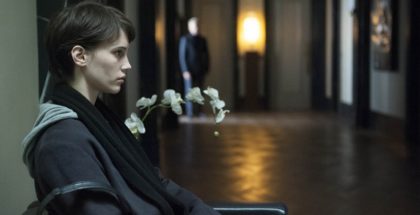