Top 10 TV shows and movies on BBC iPlayer | Where to watch online in UK | How to stream legally | When it is available on digital | VODzilla.co

Every week, we round up the best titles to stream on the Beeb’s catch-up service.

Zane Lowe curates a new selection of music to accompany Nicolas Winding Refn’s cult classic, Drive, arguably one of the most iconic soundtracks of recent years. Brave or stupid? Either way, this is a fascinating experiment in remixing art and a creative celebration of the importance of film music.

Wallace and Gromit don’t appear on the TV as much as they used to, so any chance to catch them on BBC iPlayer should never be passed up. This animation, which sees Wallace’s home infiltrated by a killer penguin – who disguises himself as a chicken to commit armed robbery – is arguably their best.

If the first season of Peaky Blinders didn’t have your mouth open at the sheer brutality and epic scale, this second run, which sees Cillian Murphy’s gangster challenged both at home in Birmingham and further afield in London, certainly will. Oh, and did we mention that Tom Hardy is in it?

This Australian thriller follows Ned and Jesse, two brothers who publish a video online of a vehicle accident – an act that gradually ripples across other subplots both in the press and up into the political corridors of power. From the slick presentation (complete with texts and emails flying across the screen) to the urgent performances and well balanced story lines, this is gripping stuff.

Peter Capaldi’s time in the TARDIS has marked a bold departure from Doctor Who’s previous child-friendly (and uneven) form, with almost every episode in Season 8 proving excellent. The first half of the finale is divisive, but confirms the show’s darker intents – and introduces an inspired update of an old foe.

Brian Cox – no, not that one – continues his signature blend of science and pretty hair with this look at the human race’s evolution from apes to astronauts. A physicist doing biology? His easygoing, well-rehearsed presenting style and a typical barrage of stunning visuals – monologues are usually delivered atop a volcano – make for consistently fascinating viewing.

A sitcom about metal detectorists? You could be forgiven for skipping past this unassuming BBC Four series, but Mackenzie Crook delivers his script – about two show ground-gazing friends – with an endearingly downbeat charm, supported by the excellent Toby Jones, who manages to be both socially inept and amusingly sympathetic. Dig past the quiet surface and there’s treasure here.

Long before Pan’s Labyrinth, Guillermo del Toro creeped the hell out of audiences with his gentle horror, The Devil’s Backbone. Set in a Spanish orphanage during the Civil War, it’s not long until the ghost of a missing child begins to appear to the kids. Independently produced by Pedro Almodóvar, it’s a typically grounded horror from del Toro, which focuses on the human as much as the supernatural, creating a sentimental edge that makes the scares far more powerful. Spine-tingling stuff. 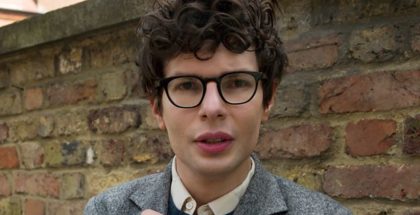