How do you follow a claustrophobic hour of tense TV? Expand outwards – and risk undoing all of that suspense. Episode 9 does just that – and, sure enough, the excitement wriggles away like a weird vampiric worm offered a new host body to explore.

Episode 8 brought our characters together to hole up in a petrol station, making several smart moves in one fell swoop: out went Jim Kent (a death that surprised no one yet still managed to shock) and in came Fet to our main group, establishing himself as the one willing to do the dirty. We also had Dutch Velders formally introduced as a potential good gal, addressing the series’ serious male bias.

After the unexpected brilliance of the single location set piece, we jump all over the place this week, racing off to Eph’s family home in Queens, where Zach is being attacked by an infected Matt – another inevitable casualty of the perilous writing. The others flee to Setrakian’s pawnshop, leaving Eph to wait for Nora’s return – giving Abraham some quality time with Zach to explain what’s going on. Just as we settle in to the potential fun of the world’s most inappropriate grandfather dishing out blood-soaked advice, though, Regina Corrado’s script hops all the way over to the police station, where Gus and a clearly-about-to-turn Felix are transported to jail. It’s a reminder of just how well The Strain does these moments; the confrontations where unsuspecting humans react afresh to the genuinely freaky creature design. Even now, nine episode in, every time a stinger shoots out, it’s creepy as hell.

But before we can revel in the bloody horror of another new convert, the show jumps back to Eph’s house. Then the pawnshop. Then Dutch’s apartment, where she soon discovers that it isn’t safe either – and that she should join with Fet and the crew.

It’s good that the show has introduced a female character to the testosterone-heavy ensemble – even if she hasn’t quite yet been developed, it’s clear that Chuck Hogan and Carlton Cuse wouldn’t have created a new character specifically for the screen without intending to keep her around for a while. Of course, not many of the other characters are that well defined anyway, which is part of the problem of The Disappeared; the writing is so uneven that we haven’t established any major emotional bonds with our cast. So when a death occurs, we tend to cheer rather than cry. And when an impromptu sex scene pops up, you laugh at how out of place it seems. Which is a problem. After all, even in the cheesiest of cheesy B-movies, sex is something that’s meant to be taken seriously.

Now Dutch and Fet are firmly indoctrinated, though, it’s increasingly clear that we need Gus in the group too: with Season 2 of The Strain already commissioned, Season 1 can take its time setting things up, but to have loose plot strands (that are clearly destined to be tied together) still hanging out nine hours in is only emphasising its fragmented narrative.

The weakest point of this week’s chapter, though, involves the H-word. Yes, you guessed it: another Holocaust flashback. The last time we had a WWII episode, it benefited from being kept indoors, with no sign of the wider concentration camp. While we start off like that, with young Setrakian planning to fend off The Master, as he feeds on weak prisoners of war, it’s not long until we venture back outside – and the illusion is undermined by the inadequate production. Richard Sammell continues to give good German as the nasty Eichorst, while the voice (provided by Robin Atkin Downes) of The Master (an intimidating fellow) is unnervingly booming.

But if a TV series doesn’t ring true, it stands little chance of hitting your nerve or gripping your pulse. The Strain, it’s become increasingly clear, is a programme that works best at a pace: when it’s running, its flaw fall in line and are easily overlooked. In the face of the likeable cast and superb monster design, even the most terrible dialogue can sound cool. Pause for breath, though, and cracks appear. In confined, claustrophobic confrontations The Strain continues to thrill. But like its strange Strigoi, let if off the leash and into the sunlight and it starts to go up in smoke.

The Strain Season 1 is available on NOW TV, as part of a £7.99 monthly subscription – with the first month only £1 if you sign up before 27th September. You can also buy it on blinkbox, iTunes, Amazon Instant Video, Wuaki.tv and Google Play.

Where can I buy or rent The Strain online in the UK?

Preview: The Newsroom Season 3 available to watch online in the UK tonight 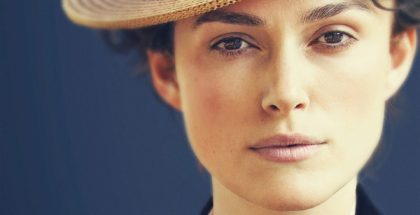