UK TV Review: The Deuce Season 3 | Where to watch online in UK | How to stream legally | When it is available on digital | VODzilla.co

This low-key masterpiece of social history and humanism ends on a resounding high.

Warning: This contains spoilers for Season 3 of The Deuce.

1970s and 1980s New York was more Rotten Apple than Big Apple. Bankrupt, rundown, crime-ridden, abandoned by a government that refused to bail it out. This febrile backdrop gave writers George Pelecanos and David Simon the opportunity to pen a riveting social history and humanist epic. Centred around a notorious strip known by locals as the Deuce, Pelecanos and Simon crafted character-led narratives with an unhurried pace, allowing key themes to rise to the surface slowly, letting them ferment until they wallop you with a kick in the final season. While advertised and sold as a lewd series about the city’s porn industry, The Deuce turned out to be so much more.

By Season 3, aggressive property developers have cottoned on to the fact landlords are sitting on real estate goldmines. All they have to do is sweep up the human trash from the sidewalks, clampdown heavy on the criminal element and remove even the landlords who won’t play ball and sell up. The Deuce emerged over its three brilliant seasons as a story of gentrification, an assault on the working class and a city losing a part of its soul and character. As a capitalist critique, it is mighty.

Season 3 focuses on the AIDS crisis, which affects several characters, including bouncer Mike (Mustafa Shakir) and barman Paul Hendrickson (Chris Coy), and gives businessmen the opportunity to cynically present their cleanup operation as a public health concern. Bathhouses are shut down, knocking shops raided, peep shows forced out and hookers plying their trade outside roach-infested hotels and clubs moved on. “The city’s getting scrubbed,” as Detective Alston (Lawrence Gillard Jr) puts it. The great irony of The Deuce is, of course, the production design crew had to recreate NYC’s grotty past and make ugly once again the now-pristine streets.

Yet when Eileen presents her Red Riding Hood porno to a women’s pressure group, at the invitation of feminist Abby (Margerita Levieva), they spit at her that for all Eileen’s individual success, there are numerous women (like Lori) who are chewed up by the entertainment machine; an industry which is growing increasingly prone to gonzo heights. In one scene, a director wants her to stick a corn cob up her butt like it’s an entirely ordinary, everyday thing to do. Lori kicks off, attempting a bit of diva-like star power, but it doesn’t work. She has no power, only a cocaine addiction and a boyfriend stealing all her money. Money she earned. Eileen has a little bit of power, but not much. And she is neither a feminist icon nor a ‘strong woman’ – the show is too searingly honest about human travails to trade in woke platitudes. She does the best with the hand she’s been dealt in life. She’s honest. Her independent streak and lack of shame about her past allow Eileen to make a bit of headway in an intolerant society.

With only eight episodes, it initially feels like quite a daunting task to wrap every plot strand up satisfactorily and give individual characters and stories the farewells they deserve. The heavily ellipitical plotting does the trick, the use of inference allowing us to keep up-to-speed and connect any dots. It helps that the show’s storytelling isn’t complicated, even though it is busy. The surprising coda, set in 2019, makes for a beautiful, moving adieu. Back in Times Square, now in his 60s, Vincent Martino (James Franco), takes a walk on streets utterly transformed. Where once was a litter-strewn sidewalk with loitering sex workers harassing folk for a good time, there is nothing but blinding, dazzling lights and gigantic advertisements for brand products. Where once was a dark corner with a mugger waiting to pounce, there are tourists sitting and chatting without a care in the world.

Vincent walks to the subway meeting the ghosts of his past. As a finale, the dreamy vibe works as an obvious homage to Sergio Leone’s Once Upon a Time in America (1984), where Robert De Niro’s Noodles remembers his youth and rise in the world as a gangster through the haze of opium smoke. The sequence also brings to mind Tony Soprano’s dreams in The Sopranos, where he’d bump into people he’d murdered or figures from his present. Vincent’s lonely stroll through a sea of bodies is a deeply affecting ending for The Deuce. Time passes and everything changes. But does it change for the better?

This isn’t nostalgia for grubbier times, but an acknowledgement of capitalism’s excesses and rightwing, corporate pursuits in removing undesirables from desirable locations. LI thought it’d last forever,” Vincent’s brother-in-law, Bobby (Chris Bauer), ruefully laments, when his parlour is closed by the cops. In the sweep to gentrify and transform, it is made abundantly clear by Pelecanos and Simon that New York became bland and lifeless – a theme park for tourists. Problems bedeviling the city were merely moved on to another neighbourhood.

HBO has long been a mark of highest quality and The Deuce is another high point. Serious-minded, but full of humour, perfectly acted by the ensemble cast, written with honesty and compassion and directed with style and purpose. This is golden television.

The Deuce Season 3 is available on Sky Atlantic. Don’t have Sky? You can also stream it live and on-demand legally on NOW, for £9.99 a month, with no contract and a 7-day free trial. For the latest Sky TV packages and prices, click the button below. 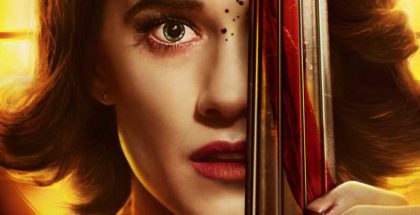