Deepti Gupta directs this intimate portrait of the Indian singer and #MeToo activist.

Sheffield Doc/Fest has gone online for 2020, with films streaming until 10th July – and others streaming alongside cinema screenings in the autumn. For more information, click here – or see our picks from the festival line-up here

Shot over a period of three years, Shut Up Sona is a fly-on-the-wall documentary that follows Indian singer and #MeToo activist Sona Mohapatra as she fights for equal space within the music industry. It’s directed by Deepti Gupta, a female cinematographer making her directorial debut.

As the film begins, Sona has already built something of an outspoken reputation for herself, not least by publicly calling out Indian music festival Mood Indigo for not giving female artists top billing. As such, Gupta captures several telling conversations between Sona and her husband, composer and music producer Ram Sampath, in which they go back and forth over whether or not she should continue to speak up or concentrate on her music. They’re unfailingly polite and tactful with one another and he’s undoubtedly supportive, but it’s still clear that her actions are creating tension between them and it’s perhaps significant that he’s absent for the second half of the film.

Tensions within her marriage are just one of the many problems Sona faces throughout the film. Gupta’s camera is on hand to capture her dealing with internet trolls, death threats (one of which she reports to the police), a blasphemy lawsuit (a Sufi religious group considers one of her songs to be “too vulgar”) and painfully awkward interviews, including one where the interviewer is jaw-droppingly rude and gets rightly taken to task for it.

Gupta intersperses candid behind-the-scenes moments with concert footage, where Sona plays to packed auditoriums. She also includes plenty of contextual information on Sona’s songs, many of which are reinterpretations of classical poems or alternative, female perspectives of Indian history, many of which clearly rub the establishment up the wrong way.

Perhaps the saddest aspect of the film is the sense that Sona is very much out there fighting the fight on her own. There’s a heartbreaking moment where she reaches out to other female Indian singers on social media, asking them to post their name and the hashtag #IEXIST, and none of them join her campaign. You can also sense her obvious frustration at the news that a prominent male celebrity who was sacked during the height of the #MeToo movement has been subsequently reinstated as a judge on Indian Idol.

Gupta had previously worked with Sona when she directed some of her music videos and that sense of trust between director and subject is apparent throughout. In turn, that level of access leads to several intimate moments, such as Sona sitting alone, watching her appearance on a TV talk show and reflecting on how shouty she was.

If there’s a problem with the film, it’s only that it lacks structure and a clear sense of chronology – the film may well have been shot over three years, but it could just as easily have been three weeks from what we see here. That said, the film remains an inspiring portrait of a strong-willed and fiercely outspoken woman who will continue to fight the good fight. It’s also a powerful reminder of just how much work is still to be done.

BBC’s Guilt will return for Season 2 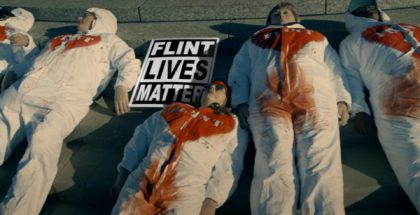