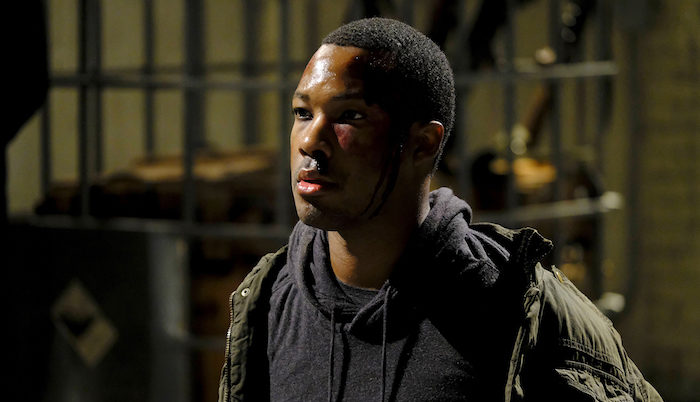 Warning: This contains spoilers for Episode 8. Catch up with our spoiler-free review of Episode 1 here.

Dan Bucatinsky and Bronwen Hughes. Two names you’ve probably never heard of. But they both shine in Episode 8 of 24: Legacy – and the proof of that is the fact you won’t even notice.

When we last left Eric and Andy, they were in the back of Jadalla’s van, heading to his top secret warehouse. The plan? Pretend to fix his faulty flash drive, but actually upload a virus that will destroy the database of terrorist cells altogether. A bit like Independence Day, but without the aliens. Or Jeff Goldblum. But Jadalla’s obviously seen Independence Day too – or he’s just very paranoid about tech support – and so when Andy plugs his magic device in, it turns out that the flash drive was a decoy: the real one is sitting nearby, ready to be fixed, with none of that funny business.

This is where Jadalla gets to earn his villain points, by tormenting our heroes. He sadly doesn’t do much to make himself either memorable or less of a cliche, talking to Carter about how he’s finally carrying out his father’s dream, and it’s all thanks to him. It’s not exactly original, but Raphael Acloque has fun with the intensity of the exchange, while Corey Hawkins makes the most of the chance to develop what’s fast becoming Eric’s defining character trait: a looming sense of guilt.

Jadalla also tortures Andy, but not psychologically, just in the old-fashioned physical sense that 24 seems to like so much. But where normally it’s a chance for the series to show our hero being oh-so-brave in the face of evil foreigners, giving them justification for shooting all the bad guys, Team America-style, 24: Legacy at least goes somewhere a bit with their knifework: Andy, refusing to help recover the files, is then stabbed in the leg by Jadalla, who then twists the blade, leaving Andy in agony.

It’s not often we see many secondary characters get such cruel treatment, and Dan Bucatinsky does a fantastic job of crying out in pain and looking utterly shell-shocked by what’s happening. He wanted to brave and make a difference, but didn’t quite expect this. Carter, meanwhile, is no doubt adding more bricks to his guilt pile at this point. There are far better, and far more original, ways to develop a character without resorting to torture, but 24: Legacy does it as well as the series can, giving Bucatinsky a chance to show far more range to Andy than we’ve seen so far.

Carter, meanwhile, recognises a terrorist as being someone called Naseri. That doesn’t go down very well – presumably because Naseri is Important For Later. But just as Eric tries to stall the whole operation by taunting Jadalla about his dad, in bursts Isaac – literally, through the wall.

Let’s rewind a bit. You see, while all this has been going down, Nicole and Isaac have been making their getaway from the end of last episode. Nicole, being Nicole, is begging Isaac to go back for Eric. Isaac, being Isaac, is caught between brotherly loyalty and his resurfacing feelings for his ex. And Jadalla, being Jadalla, has men trying to shoot them both. It’s a very intense moment. But the show’s weakest double-act (now that the teacher and his pupil are out of the frame) survive, because of course they do, and even find themselves in another warehouse, but one with large metal hooks – just the thing for Isaac to torture a henchman and get the location of Jadalla’s warehouse. Because if you’re going to condone torture on TV, at least get a non-government agent to do it.

But first, Isaac needs an army, so he rounds up his gang and ask them to fight to save Eric. “It’s not our battle,” comes the very understandable response, prompting Isaac to deliver a Rousing Speech about family and brotherhood and stuff. It’s not quite Fast & Furious, no matter how much it wants to be, although it does give Nicole the chance to have the last word and convince the guys to join them.

And so they burst into the warehouse and start swapping gunfire with the terrorists – just in time to discover the building is about to blow up.

Let’s rewind again. While all that’s being going down, Locke has freed himself from his handcuffs at CTU and informed Mullins about the warehouse, which CTU manages to locate (without torture). The Director of National Intelligence therefore orders an air strike on the building, despite the fact that it’ll likely mean the death of Eric and Andy. Nonetheless, the official green light is given, because America loves to blow things up and nobody really expects the protagonist of 24 to die in a poxy air strike, given that Jack Bauer once survived a nuclear bomb by ducking behind a sand castle.

Sure enough, there’s little surprise in the eventual commotion, as Eric and Isaac make it out just in time. But there is a lot of tension – and that’s mostly thanks to director Bronwen Hughes. The first female director of 24, she acquits herself admirably, delivering some barn-storming set pieces, as well as helping bring out Bucatinsky’s performance. Bucatinsky’s likeable presence is the other key to the excitement, because while we know Isaac and Eric will survive, there’s no guarantee that Andy will join them. Not only does he join them, he also manages to secure the flash drive – making him the most heroic member of the team this episode. Isaac also gets shot in the back, sure, but he’s happy holding pressure on his wound so that Eric can go back into the burning rubble to find Naseri.

Who is this Naseri? We don’t know, but he’s important enough for Carter to tell Locke about him – and, with Jadalla now officially in custody (yes, he also survived), you can bet that Naseri will replace him as the new big bad.

That is, of course, if we don’t count Rebecca, who is busy overseeing the torture of Henry Donovan. We don’t like Henry at all, and Rebecca is quick to remind Senator Donovan, who arrives at the CTU Torture HQ and demand she stop, that she’s doing this to stop hundreds more people dying, after the bridge incident. And Tony Almeida isn’t using a knife to inflict pain, but injecting Henry with drugs that trigger pain receptors instead, while they monitor his vitals safely. But none of that justifies actual torture, and, credit to 24: Legacy, the senator calls Rebecca out on it repeatedly – and, once news of Jadalla’s capture reaches them, she agrees to stop. The senator is shocked at his wife’s willingness to go to such extremes, and Jimmy Smits’ charismatic presence is enough to leave the show (and us) firmly on his side of the debate.

The result is one of the fastest-paced episodes of 24: Legacy so far – and, as the 24 rulebook goes, the faster the episode, the better it is, as it gives you less time to dwell on its mistakes. That pace, though, should leave you overlooking the contribution of two unsung heroes to the programme. With Dan Bucatinsky and Bronwen Hughes both returning for the next episode, things are looking promising indeed.

Guerrilla available to watch online as box set in UK 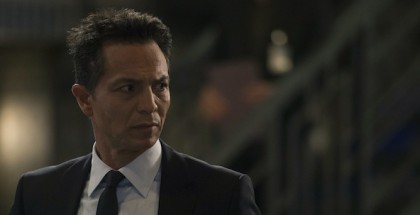 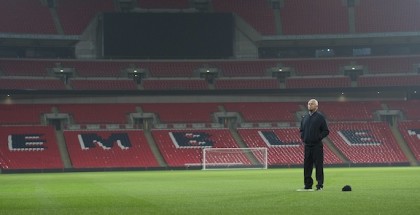 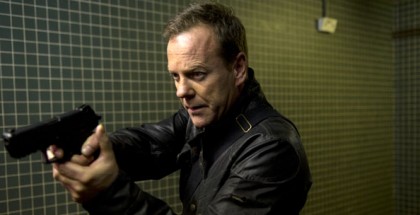 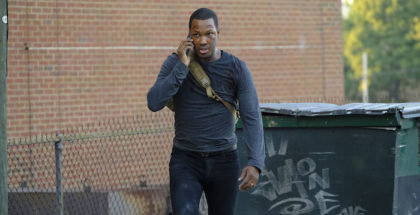