UK TV review: The Rings of Power Season 1 finale | Where to watch online in UK | How to stream legally | When it is available on digital | VODzilla.co

Warning: This contains spoilers for Season 1 of The Lord of the Rings: The Rings of Power. Not caught up? Read our spoiler-free review of the opening episodes here.

If in doubt, always follow your nose. Those were the sage words of Gandalf the Grey back in Peter Jackson’s The Fellowship of the Ring. More than 20 years later, as The Rings of Power has brought us back to Middle-earth, The Lord of the Rings prequel has taken that philosophy to heart, sniffing out new surprises and subplots within the confines of JRR Tolkien’s canon. The Season 1 finale has wrapped those up with a satisfying flourish – and left enticing caverns waiting to be explored over its planned five seasons.

Unfolding week by week, the ocassionally uneven pacing built beautifully to the season’s final few episodes, building to the blockbuster scale expected by fans in the standout Episode 6 – the hour that saw Adar (Joseph Mawle) lead his orcs in a battle against Arondir (Ismael Cruz Cordova), Bronwyn (Nazanin Boniadi) and the Southlanders. Their star-crossed romance was a stirring touch, but Cordova’s superb performance had already cemented Arondir as the series MVP, bringing steel and a commanding stare to his earnest and noble fighter.

And yet it was Joseph Mawle’s spellbinding turn that really gave the surprise of this first season, as his orc leader proved the value in introducing new characters amid the old lore. He gave us a prespective never heard before sincerely on screen – that of the orcs seeking a land of their own. His belief in turning the Southlands into their territory was a brilliantly challenging display of compassion, and the show didn’t waste that emotional weight, using it to spring one of its big twists upon us – the forced eruption of Mount Doom and the transformation of the Southlands into Mordor.

At the end of Season 1, we haven’t seen Isildur (Maxim Baldry) since that fateful explosion, and we’re yet to return to the men led by Waldreg who decided to submit to the orcs and Adar. But that’s because their immediate part of this tale has reached a satisfying conclusion – and, bolstered by that excellent sixth episode, Season 1 does an entertaining job of seeking out the most satisfying conclusions possible for each strand of its epic narrative.

The crux, of course, remains Galadriel’s quest to avenge her brother, Finrod (Will Fletcher), and Episode 7 and 8 carefully tie her internal journey with the wider drama. Their dovetail that with the conflicts facing the other key returning character, Elrond (Robert Aramayo). They reunite in the finale, after an episode that gives them equal weight.

Robert Aramayo remains a delight as Elrond, already starting to grow him from the smug politician into the leader we’ve seen before on screen. His friendship with Prince Durin (Owain Arthur) immediately stood out in the opening episodes and it has grown into something movingly complex, as the dwarves’ discovery of mithril in the Khazad-dum mines provides hope of saving the elves from the resurgence of Sauron’s darkness. Prince Durin’s decision to rebel against his father’s wishes, after seeing mithril’s ability to heal a leaf from the Linden tree, leads to a superb and heated discussion between Peter Mullan’s browbeaten king and Owain’s passionate son that dives into the ethics and morals of being a ruler, versus those of being a friend.

Morfydd Clark’s Galadriel, meanwhile, has only grown in stature as her confidence in the ongoing presence of evil has been proven right – and her physical presence in battle has been matched repeatedly by the moments of humility that have pricked her impetuous arrogance, ruthless ambition and all-consuming anger. She really gets the chance to sink her teeth into these complex qualities in the finale, as she picks up on a phrase used by Adar that’s repeated by Halbrand (Charlie Vickers) – the desire to have a power not just of flesh but over flesh.

That prompts her to dig into Halbrand’s claim to be the long-awaited king of the Southlands, swiftly exposing the whole thing to be nonsense. (The question of why others, such as Bronwyn, have also spoken of a prophect about a Southlands king leaves an intriguing open story thread – will there be a human king of the Southlands in the future, or is Halbrand’s claim to the title really just a foreshadowing hint that he’s about to rule over Mordor, the land it’s become?)

Charlie Vickers has had great fun bringing dark stares and hints of a shady side to his mysterious antihero all season – he’s only rivalled in the sinister stakes by Charles Edwards’ delightfully snakelike Celebrimbor – and the reveal that he’s been Sauron all along is a nice balance of surprirising reveal and something plausible that we’ve half-suspected all along. It’s also a rewarding cap to the show’s smartest decision to date: to leave the identity of Sauron unknown and unseen right up until the final episode, so that a sense of lingering dread could seep through every location and person we met.

Galadriel’s confrontation with Halbrand tips us fantastically into her inner turmoil, with a fantastical sequence that sees Sauron tempt her with the offer of allying with him. “I alone can see your greatness,” he claims. “I alone can see your light. I would make you a queen. Fair as the sea and the sun. Stronger than the foundations of the earth.” If that line has your ears buzzing, it’s because it echoes Galadriel’s speech in The Fellowship of the Ring, when she speaks of being tempted by the One Ring. The idea that Sauron’s words have stuck in her head for all those years is exactly the kind of nuance that the Rings of Power pulls off so well, adding depth through its relationship to existing material rather than suffering because of it.

She’s too late to stop Celembribor from forming an alloy of mithril and gold and silver – using Finrod’s dagger, in a nice touch – but she is in time to, along with a shocked Elrond, change the plan slightly: they decide to forge three rings, so that the power they wield can be less easily corrupted. It’s a departure from the books, in which Sauron disguises himself as a figure called Annatar and convinces Celembribor to help him make the rings of power, but it paves the way for what might be a strong framework for the remainder of the showrunners’ planned five seasons.

As sung by Fiona Apple in the end credits song Where the Shadows Lie, the One Ring poem from The Lord of the Rings tells us there were: “Three Rings for the Elven-kings under the sky, Seven for the Dwarf-lords in their halls of stone, Nine for Mortal Men doomed to die, One for the Dark Lord on his dark throne, In the Land of Mordor where the Shadows lie.” With Season 1 covering the three rings of the elves, and with the elves now aware of Halbrand as Sauron in disguise, it seems like a natural step for Season 2 to focus on the dwaves, followed by Season 3 charting the men and their nine rings, Season 4 exploring the forging of the One Ring, and Season 5 having a good old showdown.

With Sauron exposed – at least, for now – the finale also starts to wrap up the other identity connected to that mystery: who, exactly, The Stranger is. Daniel Weyman’s performance has been the most interesting of the show to date, bringing conviction and pain to a largely unspoken role. A fun introduction sees the spooky trio of The Dweller (Bridie Sisson – winner of the creepiest eyes of the year award), The Ascetic and The Nomad declare that The Stranger is Sauron, only for him to be rather confused by the notion. “I’m good,” he declares, after Nori (Markella Kavenagh) nabs The Dweller’s staff so The Stranger can use it against them – but not before he learns from them that the stars he’s been seeking are from the Eastern land of Rhûn.

The Stranger and Nori’s dynamic has been the closest thing to The Fellowship of the Ring on offer, and that see-saw between big, intimidating peril and the childlike thrill of adventure has blossomed the more time that the duo have spent together. While Lenny Henry has been a joy as the Harfoots elder Sadoc – and his death at the ends of the trio is a sad one – the show’s smart to zero in on Nori, as she teaches The Stranger that him being good or bad is entirely down to his own choice.

It’s a profoundly Tolkienian bit of philosophy, and it strikes at the heart of The Lord of the Rings’ charm and appeal – it’s a tale of people choosing to do the right thing in the face of evil. The discovery that The Stranger is one of the Istari (the five wizards sent to Middle-earth in the Second Age to help protect against the rise of Sauron) is followed swiftly by another Tolkienian gem: The Stranger telling Nori, “When in doubt, Eleanor Brandyfoot, always follow your nose.” It’s a direct nod to Gandalf giving Merry the same advice in The Fellowship of the Ring and is the closest yet the show has come to saying that The Stranger is Gandalf – or, more accurately, an earlier incarnation of the wizard before we meet him as Gandalf in The Lord of the Rings. (Of course, this could just be a cute bit of fan-service and The Stranger could be Saruman, Radgast or one of the other two Blue Wizards we know little about, but The Rings of Power takes its earnestness a little too sincerely for that quote to be a bait-and-switch.)

The result is a heartwarming note on which to end the satisfying finale, and brings us back to the fun of this prequel: seeing how different characters, whether we know them or not, react to the choice they’re given between good and evil. Still to make their legacy-defining choice is Queen Regent Miriel (Cynthia Addai-Robinson), who has returned to Numenor with Elendil (Lloyd Owen), just as King Tar-Palantir has died – and shown Earien (Ema Horvath) the palantir that presumably has warned her of the kingdom’s downfall. And what of the sneaky chancellor, Pharazon, who is also in charge of Numenor? And, of course, there’s the question of how Gil-galad (Benjamin Walker) will react to wielding a ring of power that save his people.

Now that The Rings of Power has demonstrated that its storytelling has the heart and scale needed to do justice to its epic premise, all these decisions – and many more besides – promise a tantalising further four seasons ahead. If in doubt, we can trust the series to follow its nose. It hasn’t led them astray yet.

The Lord of the Rings: The Rings of Power is available to watch online on Amazon Prime Video as part of a Prime membership or a £5.99 monthly subscription.

Why you should be watching Yellowstone 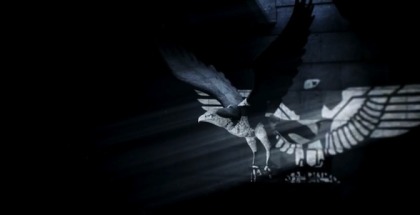