The Man in the High Castle Season 3: First look UK TV review | Where to watch online in UK | How to stream legally | When it is available on digital | VODzilla.co

The Man in the High Castle Season 3: Spoiler-free review 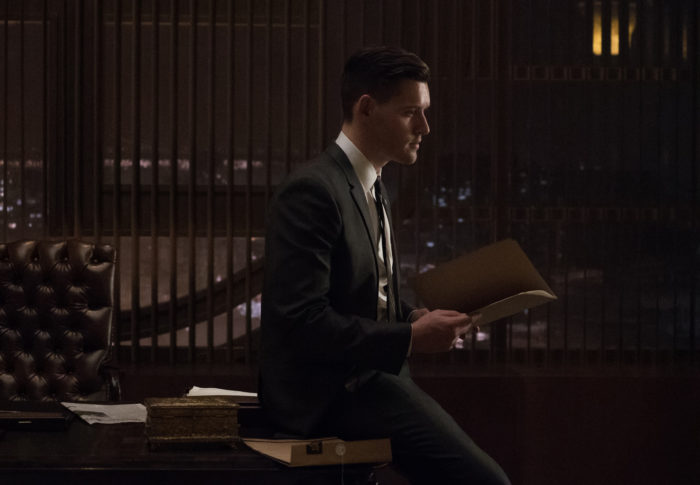 Warning: This contains spoilers for The Man in the High Castle Season 1 and 2. Not seen it? Catch up with our reviews here.

“I have nothing left! No one left! There’s no way out!” That was Juliana Crain (Alexa Davalos) at the end of Season 2 of The Man in the High Castle, as she found herself a vital part of the eponymous figure’s plans, but simultaneously all alone. Except, in the show’s biggest twist yet, she wasn’t: her sister, Trudy (Conor Leslie), who was shot by the Kempeitai in Season 1, returned. Not from the dead, of course, but from another universe, where she wasn’t killed. It’s the kind of cliffhanger that transforms a show completely, and Amazon’s ambitious, expansive and endlessly impressive drama leans into that game-change with grace and gumption.

Over two seasons, this alt-history series has expanded to something dizzyingly huge – a growth that’s reinforced by the fact that Amazon’s official recap of the first two runs stretches to almost 30 minutes. Season 3 takes us back to a world where the Axis Powers won World War II, where Japanese and Nazi powers hold an uneasy truce to rule North America together, while a resistance moves around the No Man’s Land between Imperial San Francisco and Third Reich New York.

In the middle of it all is Abendsen (Stephen Root), the so-called Man in the High Castle, collecting film reels that inspire rebels to question the social order that’s been imposed upon them. Juliana, it turned out, is central to the whole puzzle, with Abendsen spotting her over and over in every film reel from other worlds – a constant in a sea of changing supporting characters, whose actions and beliefs shift with their circumstances. She’s a fundamentally good person, whose actions are of compassion and generosity in the face of tyranny and oppression.

What does that mean for her? And what does that mean for the wider universes in play? That’s the over-arching mystery for the show, as both America’s resistance and the Nazi leaders race to acquire as many of the surreal home videos as possible. For the rebels, it’s a chance to use each video to further their cause. For those in power, it’s an opportunity to find out more about the other universes the Reich might dominate, and to lock up potentially powerful weapons (particularly in the case of the Japanese nuclear tests shown in Season 2, which discouraged the Nazis from launching their own nuclear strike).

It’s a fantastic crossroads where two genres collide: on the one hand, a political thriller driven by power and propaganda; on the other hand, a science fiction about seemingly endless possibilities. The Man in the High Castle’s supreme achievement is to realise that these two things aren’t at odds with each other, but both feed into the same potent idea.

And so we’re introduced to the concept of Travelers, the gifted few who are able to move between these parallel universes – so far, we know that Trudy can travel and have witnessed Trade Minister Nobusuke Tagomi (Cary-Hiroyuki Tagawa) go on his own multi-dimensional excursion. As always with this finely balanced ensemble (a lesser show would fail to juggle a cast of this size), these broad revelations are dealt with on a personal level: some of the best moments in Season 3’s opening episodes are dedicated to Juliana’s surreal joy of finding oneself spending time with a sibling long thought gone, even if you murdered her father from another parallel world. (She’s more than ever framed as a kind-hearted counterpart to Tagomi, as he begins to explore the nature of the film reels.)

Those emotional grace notes are echoed by the pain being dissected on the other side of the power-share, as we rejoin the Smith family. Rufus Sewell is impeccable as Obergruppenführer John Smith, a character so compelling and disarmingly sympathetic that he’s almost the lead protagonist in his own right. He brings countless shades of grey to his role as Nazi enforcer, a man whose loyalty to Heinrich Himmler (the fantastic Kenneth Tigar) was rewarded last season with a promotion – something that inspired his sick son to do the ‘patriotic’ thing and submit himself to the authorities for extermination.

That loss only reinforced the doubts Smith was having; he’s a man who puts family before country, and the higher he climbs, the more danger he’s in, and the more uncertain about his role he becomes – all of which only makes him even more human. Supported by Chelah Horsdal as Helen Smith, the duo are heartbreakingly subtle in their unspoken grief, two mourning parents surrounded by a parade of saluting soldiers.

Joe Blake (Luke Kleintank), meanwhile, continues to play the part of Smith’s semi-surrogate son – a particularly obedient one, as he’s educated back into the ways of the Reich. It’s a harrowing piece of torture that both tests and reinforces his loyalties, only giving more substance for Kleintank to sink his teeth into, as he fleshes out his ambiguous cipher with each new season.

He crosses path once again with Nicole Dörmer (the fabulous Bella Heathcote), whose role as a filmmaker puts her right at the heart of the action – a pivotal player in the Reich’s game to manipulate and shape the stories being told to the wider public. She’s the woman in the spider’s web, capable of conjuring up advertising slogans to promote the Nazi way – and enjoyably putting Giles Panton’s ad man, Billy Turner, in his place – while cannily zooming in on John and his wife at a key moment during a memorial ceremony – halfway between Don Draper and a reality TV producer.

Nicole’s beefed-up position paves the way for Season 3’s astutely observed through-line – the way that what we see can be weaponised by forces bigger than us. As tiny artworks pop up across the West Coast and appear to inspire protest, Nicole is busy crafting a martyr out of the young Smith boy.

But things are more complicated than that, as we see when the single-minded Kempeitai Chief Inspector Takeshi Kido (Joel de la Fuente) – investigating Frank’s bombing from last season – is joined by a new half-American deputy, who is taunted for his mixed race origins. Other new faces include Jason O’Mara’s charismatic Wyatt Price, a roguish fixer in the Neutral Zone who promises help as much as trouble.

But while all these people and plotlines leave little room for favourites such as DJ Qualls and Brennan Brown as Ed McCarthy and Robert Childan, the slowly expanding universe of The Man in the High Castle continues to find chilling relevance in our current world; the more it moves away from the Philip K. Dick novel (and embraces the author’s science fiction prowess), the more it rings true. After all, the show returns at a time when racism and division has never been more prominent, when marches in the street and state supervision are commonplace, when people regularly feel, like Juliana, that there is no way out from all that’s happening.

And yet this dystopia carries a tinge of positive hope in its third season, as the possibilities opened up by these multiverses begin to dawn. There’s a reason why the film reels are such effective propaganda: they don’t just show the hypothetical potential of things changing; they show an actual world that exists where things aren’t the same, a place where people can travel to and escape this reality by inserting themselves into a different narrative. Fake news has rarely been so real.

Seasons 1 to 3 of The Man in the High castle are now available exclusively on Amazon Prime Video, as part of a £5.99 monthly subscription – or, if you also want free next-day delivery and access to Spotify rival Prime Music, a full £79 annual Amazon Prime membership.