VOD film review: The Mask of Zorro | VODzilla.co | Where to watch online in UK

Z is for Zenith

Following the news that Robert Pattinson has been cast as Batman, several commentators have pointed out that 1998’s The Mask of Zorro came out at just the right time for a Bruce Wayne his age to have watched with his parents on that one fateful night that keeps coming up in his origin story. It’s not a cheery observation, but somehow, it got us in the mood to revisit Martin Campbell’s excellent blockbuster.

Having just shepherded James Bond into the 90s with GoldenEye, Campbell does the same thing for Johnson McCulley’s pulp hero. Indeed, Campbell declined the chance to direct Tomorrow Never Dies in order to take on this Steven Spielberg-produced reimagining, in which he similarly updates Zorro for a post-Robin Hood: Prince of Thieves, pre-Pirates of the Caribbean audience.

The film starts with an extended prelude set during the Mexican War of Independence, in which Don Diego de la Vega (Anthony Hopkins) lives a double life as the masked swordsman Zorro. When the vile Don Rafael Montero (Stuart Wilson) deduces his identity, de la Vega’s wife is killed and he is imprisoned, tormented by the knowledge that his daughter will be raised by his mortal enemy.

20 years later, Montero returns to California with his adopted daughter, Elena (Catherine Zeta-Jones), prompting de la Vega to escape prison and seek revenge. He finds a protégé in petty thief Alejandro Murrietta (Antonio Banderas), who is also thirsty for vengeance after his brother is murdered by the sadistic Captain Harrison Love (Matt Letscher). Once Don Diego has trained Alejandro to take on the mantle of Zorro, the two of them team up to foil Montero’s dastardly new scheme.

Although it’s incredibly 90s-Hollywood to introduce a Spanish actor to mainstream audiences in a film where a tanned 60-year-old Welshman teaches him to be Zorro, the result is an absolute marvel. All else aside, it’s impossible to be churlish about this kind of daftness when Hopkins is obviously so enthralled by the idea of making an action movie, compared to some of his later, less engaged blockbuster work.

Prince Of Thieves has come up in this column before, but it’s hard to think of another film that so brilliantly captures its earnest and amusing energy. It manifests quite obviously in Wilson and Letscher, who are both revelling in different facets of the Alan Rickman villain performance, but it doesn’t fly too close to the sun either. What the film lacks in terms of unapologetic camp value, it makes up for with swashbuckling fun.

Indeed, the BBFC’s guidance for the film’s PG certificate actually mentions “mild swashbuckling action”. In the context of how much this film manages to pack in, it’s a stark reminder of how woefully underserved the PG market has been since the 90s, between the succession of U-certificate animations and 12-rated actioners and fantasy films. Zorro reminds us how it was possible to make a really exciting, action-packed film without moving up to a less family-friendly age bracket.

The film is also responsible for giving breakthrough Hollywood roles to both Banderas and Zeta-Jones. Aside from the effortlessly scorching chemistry that the two of them strike up, they’re individually brilliant in both the action sequences and the quieter moments.

Although the disappointing 2005 sequel, The Legend Of Zorro, ended the film’s franchise chances before they got very far, it’s a shame that Banderas’ (also very funny) parody of the role as Puss In Boots in the Shrek films is now generally better known and appreciated than his earlier performance.

Co-writers Ted Elliott and Terry Rossio would go on to capture the tone of this film in the first Pirates of the Caribbean, but there’s also a ring of their earlier Disney film Aladdin here, and that tone arguably transfers more easily to live action than it does in Guy Ritchie’s remake. Although Zorro shares a sense of deliberate pacing with later superhero origin movies, the script doesn’t skimp on zippy dialogue or satisfying pay-offs, so it’s always entertaining to watch.

Let’s not forget that America doesn’t have many legendary or folkloric figures to play with in blockbusters beyond the more modern superheroes, which is why we’ve had so many American-language takes on Robin Hood, King Arthur, Tarzan and their ilk. Perhaps the proof of The Mask Of Zorro’s brilliance is in the fact that this is still the definitive modern version of the character, immune to the reboot cycle even 20 years on.

Suffused with the same nostalgic adventure serial swagger that powered Spielberg’s own Indiana Jones, this swashbuckling crowd-pleaser has thrills to spare and a trio of terrifically likeable performances from Banderas, Zeta-Jones, and Hopkins. The 90s were not good for superhero movies in general, but this thrilling origin story is the zenith. And frankly, at the risk of sounding glib about Master Wayne’s personal tragedy, we’re all ready for a Batman who watched this kind of superhero movie at a formative age.

The Mask of Zorro is available to watch online on Amazon Prime Video as part of a Prime membership or a £5.99 monthly subscription.

Where can I buy or rent The Mask of Zorro online in the UK? 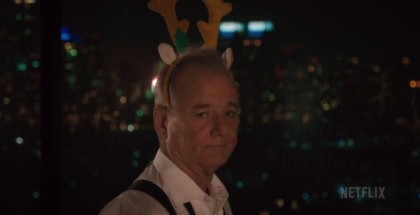 Sundance: Joshua: Teenager vs. Superpower and Keanu Reeves’ To the Bone he... January 25, 2017 | Staff Reporter