E4 renews Dead Pixels for Season 2 | Where to watch online in UK | How to stream legally | When it is available on digital | VODzilla.co

E4 has renewed Dead Pixels for a second season.

The comedy takes an affectionate and humorous look at the world of online gaming – no loot boxes required. It follows Meg (Alexa Davies – Mamma Mia 2, Raised by Wolves, Detectorists), Nicky (Will Merrick – Poldark, Skins), Russell (David Mumeni – Damned, Lost in London) and Usman (Sargon Yelda – Spectre, Innocent) as they attempt to truly be AFK and build lives in reality… which ironically draws them further back into the online world of Kingdom Scrolls. Things become even more emotionally complicated for the gang with non-gamer Alison (Charlotte Ritchie – Call the Midwife, Raised by Wolves, Fresh Meat) still stuck on the side lines.

Dead Pixels is made by Various Artists Ltd, written by Jon Brown, executive produced by Peep Show writers Sam Bain and Jesse Armstrong and produced by Tanya Qureshi. After premiering earlier this year, E4 is now officially levelling up, giving the programme a second life. Dead Pixels is commissioned by Fiona McDermott, Head of Comedy for Channel 4 and Jon Petrie, Commissioning Editor for Channel 4 Comedy.

Petrie says: “We’re delighted to be working with the brilliant Jon Brown and Various Artists Limited on another series of the fantastically funny Dead Pixels; a show that proves if you’re a talented comedy writer you can absolutely justify sitting on your sofa playing computer games as ‘research’.”

Brown comments: “I’m very excited to be inserting another credit into the giant Dead Pixels arcade cabinet, and look forward to continuing the adventures of Meg and Nicky, in both the game and non-game worlds. Expect more fire, death and cow slaughter.”

Phil Clarke, Managing Director at Various Artisists Limited, adds: “We are delighted to be returning on E4 for a second run, and look forward to working with our talented cast, the outstanding writer Jon Brown, and Keyframe, our exceptional animators..” 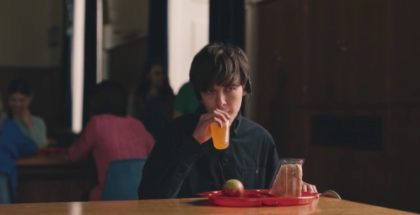