VOD film review: Preparations to Be Together for an Unknown Period of Time | Where to watch online in UK | How to stream legally | When it is available on digital | VODzilla.co

VOD film review: Preparations to Be Together for an Unknown Period of Time 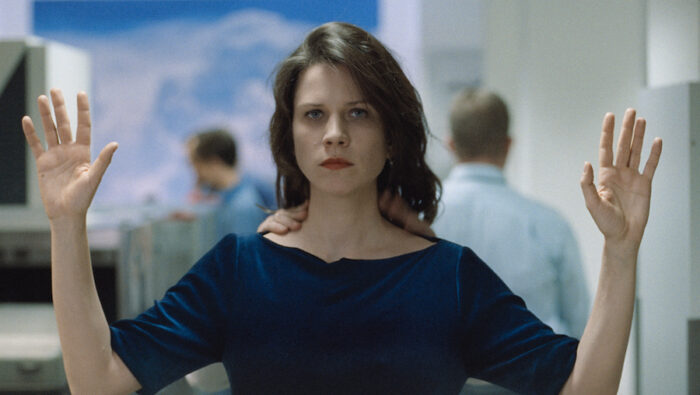 Lili Horvát's mystery finds a neurosurgeon in fugue to a romance that she may have imagined.

Writer/director Lili Horvát’s second feature opens with an excerpt from Sylvia Plath’s Mad Girl’s Love Song, a 1953 poem about love and loss that ends with the bracketed line (in fact a refrain): “I think I made you up inside my head.” It seems a clear index to the erotomanic themes to follow, as Márta Vizy (Natasa Stork) walks away from her life and successful career as a neurosurgeon in New Jersey for a pre-arranged assignation on the Liberty Bridge in her home city of Budapest with colleague János Drexler (Viktor Bodó) – whom she has only met briefly at a conference in America. János does not show up, and when Márta tracks him down at the hospital where he works, he denies ever having met her. So Preparations to Be Together for an Unknown Period of Time sets itself up to be an obsessive, one-sided affair rooted in delusion, with its heroine giving up everything in pursuit of a phantom love – not unlike Laetitia Colombani’s He Loves Me He Loves Me Not, except with the twist revealed so early that it appears to be no twist at all.

Yet as Márta settles into a new life back in Budapest – a job at the hospital for which she is absurdly overqualified, a rather shabby apartment from which she can only just make out the Liberty Bridge in the distance – it is clear that this disoriented woman, alone and on the cusp of her forties, is yearning for change. That bridge which spans the two halves of the city, and on which Márta waits in vain for János to show up, also symbolises her own suspended status as a long-term émigrée nostalgic for her roots and a single woman on a quest for love and family. János’ rejection leads Márta to regular consultations with a psychiatrist (Péter Tóth), and to a period of reflection, even as her professional work has her operating on other people’s malfunctioning brains. Here, the mind is a mystery, and if Márta cannot trust her own perceptions, then nor can we. As she keeps seeing János everywhere, we are kept uncertain whether she is starting to form with him the relationship that she had merely fantasised earlier, or whether deception (and self-deception) are once again in play, there to satisfy Márta’s otherwise lonely, empty longings.

This is, indeed, a film about longing. Even as Márta pursues János, the son of one of her patients, Alex (Benett Vilmányi), pursues her, his infatuation modulating the way that we regard Márta’s behaviour. There is an element of cloak and dagger, almost noirish in nature, to all this desire-driven stalking, as characters must somehow bridge the gap between what they want and the reality on the other side of the river. Yet Márta is not alone in her quixotic conduct – and as Preparations to Be Together for an Unknown Period of Time keeps getting us to question our own perceptions and desires as viewers, Márta’s strange erotic adventure is revealed to be just part of the human condition, in a world where true romance merges the chimerical with occasional flashes of honesty, and where all lovers, like brain surgeons, cut out the parts that are unwelcome. Perhaps, after all, Márta’s fugue is just a chase after a better life – and perhaps she is settling for something less ideal and more ill-fitting than she imagines.

Preparations to Be Together for an Unknown Period of Time is now available on MUBI UK, as part of a £9.99 monthly subscription.

Where can I buy or rent Preparations to Be Together for an Unknown Period of Time online in the UK?

This review was originally published during the 2021 Glasgow Film Festival.

Netflix’s Sparking Joy with Marie Kondo to premiere this summer 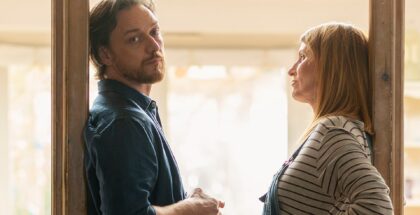