Netflix TV review: From Dusk Till Dawn (Episode 1) | VODzilla.co | Where to watch online in UK

A good start to an exciting, intriguing and intense drama.

If you have a successful name or brand, the principle in today’s society is to exploit it for as much as you can. The latest to enjoy this treatment is Robert Rodriguez’s 1996 film From Dusk Till Dawn, which has been given its own 10-part series, debuting every week on Netflix 24 hours after it airs in the US. But this is Rodriguez’s baby, airing on a channel he exec-produces and directed by him too.

The series retells the story from the film, following the Gecko brothers as they escape from a bank heist with $30 million and head for the border. In the pilot, the Geckos stop off at a liquor store, which is then visited by two Texas rangers. If you’ve seen the film, you know what happens. If you’re going into this blind, prepare for an intense standoff.

Intensity flows right through the episode, which focuses directly on this small store. This comes mostly from the unhinged Richie Gecko, played by breakout star Zane Holtz. His dips in and out of sanity, depicted beautifully with filters and muffled sound, are the only real hint of what is to come. Carlos (Wilmer Valderrama – hey, that’s Fez from That 70’s Show), the apparent third party in the Gecko heist, even states Richie is the only one who sees the truth.

No prior knowledge of the movie is required, but fans will know it’s practically split into two halves: heist and vampire slaying. If the series follows in those footsteps, we might not see any vampires until the latter half of the season. Rodriguez himself has stated this is a “crime saga with supernatural elements”, but claims they will get to the bar where it all happens.

Those looking for lots of fangs will therefore be left disappointed, but if you’re willing to invest time in this series, it does show signs of promise. More Kill Bill Volume 2 than Volume 1, you can see the influences from Quentin here. While there is no Tarantino or Clooney, the stars the show has found look capable of outdoing their movie counterparts.  Their good performances are amplified in the confines of the store, compelling us to want more.

Production values are high, showing just how horrifically handsome a shootout can be. Television shows are able to get away with much more blood and guts than even films used to be able to get away with – just look at The Walking Dead if you need proof of that. This opener shows signs of what From Dusk Till Dawn can deliver and it’s striking. Vampire lovers might have to wait out the drama but should at least enjoy the journey. 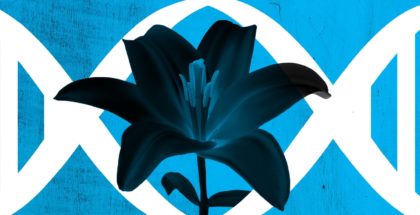