UK TV review: Stewart Lee's Comedy Vehicle | Where to watch online in UK | How to stream legally | When it is available on digital | VODzilla.co

Rude, obnoxious, condescending and, most of all, hilarious.

Stewart Lee is the death of stand-up comedy. His smug tirades and educated, middle-class opinions ruin it for everyone. For those who don’t like his intellectual concerns and patronising tone, he’s impossible to tolerate. For those who do, he makes it impossible to tolerate any other comedian. That’s the brilliance of Stewart Lee’s stand-up: either way, everyone ends up miserable.

Somewhat improbably, the man has turned his niche humour into an intricate art-form, railing against lazy stand-up material almost as much as immigration, racism and other important issues. By the end of a single episode, you’re inclined to agree with him: other comedians just seem half-arsed by comparison. Where one might make a funny remark about the weather, Lee delights in provoking his audience – then explains to those who are offended or not laughing why they’re wrong, before turning the explanation into a joke too.

On the TV, that mock hostility works even better. He turns to the camera repeatedly to shout his most aggressive lines directly into his audience’s face, not caring if he turns his back on those in the room with him. One instalment sees him take that to absurd extremes, holding an imaginary phone call with a fictional customer of a hypothetical business, mostly as an excuse to make puns around silly place names. The phone call goes on for several minutes, before becoming a mini-routine in its own right, as he desperately tries to end it. When he interacts sincerely with the audience, things go just as badly; at one point in a rant about satire (and animals), someone walks out of a room just as he’s making a pop culture reference only they understand, leaving him having to improvise around a gaping hole in his set.

It’s a constant display of verbal footwork and mental agility – even when just making strange noises to demonstrate language without context – to the point where you begin to question just how unplanned some of these things are: Lee’s attention to detail is so careful that you can imagine him working every step out in advance. In fact, his tours have now become an exercise in doing just that: he spends the whole time rehearsing ready for the TV recordings, picking a handful of 30-minute sets to do in a single evening. It’s complacent, it’s clever and it’s ruthlessly efficient – all qualities that he’d no doubt be pleased to be accused of.

Unlike his in-person show, the TV show gives him a chance to acknowledge these qualities directly in a string of faux-behind-the-scenes interviews with Chris Morris (standing in for Armando Iannucci, who played the same role in Seasons 1 and 2). If these are occasionally too on-the-nose when compared to the subtlety on-stage, though, Comedy Vehicle really comes into its own with its filmed finales: sketches that round up the episode’s themes on a bizarre, often tragicomic note. One surreal highlight is an immigration skit involving Kevin Eldon and a sea monster – a moment of unexpected silliness that’s not only worthy of Monty Python, but also balances out Stewart’s harsh wit with colourful imagination.

Stewart Lee’s Comedy Vehicle: Season 1 to 3 is available on BBC iPlayer until July 2020. 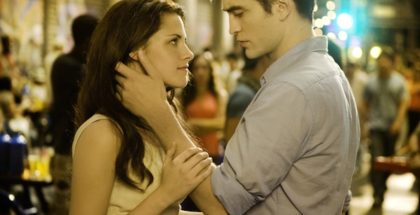 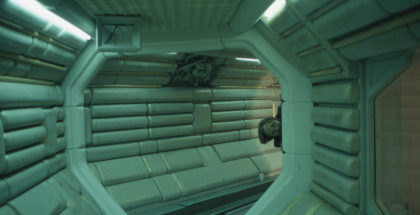