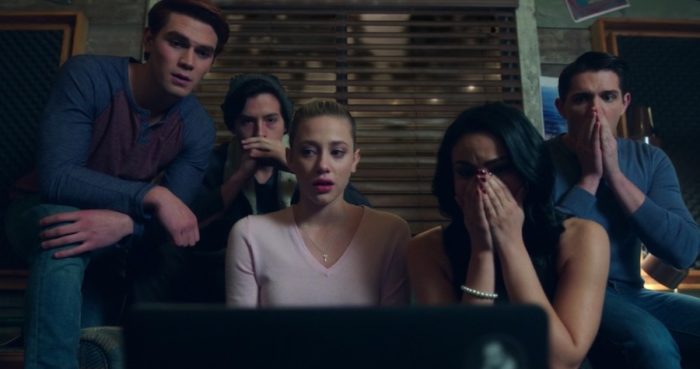 Warning: This contains spoilers for Episode 12. Not seen Riverdale? Catch up with spoiler-free review of the first three episodes.

And there you have it. We now know the sticky, dark, dirty truth behind Jason Blossom’s death. And it just goes to show that you can never trust a guy in a bad wig. Yes, Clifford Blossom was the killer of his own son – a revelation that, for once, left everyone else’s hair looking more startled than his.

But we get ahead of ourselves. Episode 12 (the penultimate of the season) picks up from the cliffhanger of FP’s arrest, as Archie, Betty and Veronica console Jughead, who’s hiding out at Pop’s looking more forlorn than usual. While they all agree that FP’s innocent, Jughead’s dad is busy confessing to the whole shebang, claiming that he kidnapped Clifford’s son, after spying a chance for a big pay-check, only for Jason to try to escape. Then, he says he stole Sheriff Keller’s folder – at which point we definitely know that he’s lying. So what’s the deal?

For that, we have to learn a few home truths about the Blossom family. And, ahem, the Cooper family. Which, we discover in the middle of this episode, are the same family. Betty and her mum find this out at the same time we do, as Hal barges into their home to destroy those files he took from Keller, files that he wants to destroy so that there’s nothing to tie the Coopers to Jason’s murder. Because, you see, the families are already pretty heavily tied together: Hal’s granpappy (why everyone in Riverdale says “granpappy” will presumably be the big mystery solved in the Season 1 finale) wasn’t just murdered by a Blossom, but was a Blossom too. His own brother killed him, causing the Cooper side of the clan to cut themselves off from the proverbial maple tree and take a new name.

Why yes, that does mean Jason and Polly were related. And yes, that does shock and appall the Coopers, including Polly. For Clifford and Penelope Blossom, though, the concept of incest is one they’re absolutely fine with – after all, if they had any concerns about internal affairs (so to speak), they would’ve asked more questions about Cheryl and Jason’s eerily close bond several episodes ago. It’s a cracking little twist, precisely because the show manages to both wrong-foot us and live up to its promise, having its narrative cake and eating it: all that incest we were gearing ourselves up to be revealed? Surprise! It’s still incest! But it’s the other kind of incest!

The Coopers immediately rush down to Eel Marsh House for a family showdown (not that kind of family showdown) – and accuse the Blossoms of killing Jason to cover up Polly and Jason’s impression of the Lannisters. But if anything, they’re proud of them going all Game of Thrones. “Nothing could be more Blossom than those babies,” says Penelope, with exactly the kind of creepiness we’ve come to expect from her. Clifford’s hair practically twitches in approval. Polly, though, goes back with her family to the Coopers’ house. Not so crazy after all, that one. Well, except for all the incest.

That, though, still doesn’t tell us who did the murderous deed, and so the Scooby Gang press Joaquin for what he knows about FP – and why FP is taking the fall for someone else. They learn that Joaquin helped FP do a clean-up job on the night of Jason’s murder, when he helped to stash the boy’s body out of sight. Trying to help them piece all this together, Joaquin hooks them up with Mustang, another Southside Serpent (they all have such cool names), but he promptly turns up dead, apparently having overdosed in his bathroom (yeah, right). Under the bath containing his corpse? A bag of cash, with Hermione’s initials on it – or are they Hiram’s? It’s clear that Veronica’s dad is bad news, so the mention that he’s about to be heading to Riverdale puts him firmly in the frame for being the town’s main bad guy in Season 2.

While Veronica is trying to work out how Hiram is connected to this all, Joaquin leads the kids to Jason’s varsity jacket, which is near where the car Jason and Polly were hoping to escape in. Why should they care? Betty’s the one to spot the importance of the clue: she follows a hole in the pocket to find a USB stick in the lining of the jacket. That Nancy Drew book really did pay off. On the USB stick? A video file shows Clifford doing the unthinkable: shooting Jason Blossom, who’s tied to a chair in a basement. Before he does it, he takes the engagement ring from Jason’s pocket – that’s one part of the mystery solved.

Riverdale delivers its big twist with all the self-awareness that you’d expect: after the kids watch the USB file (unseen by us), it’s ferried over to Sheriff Keller and the mayor, and we finally get to see it then. An entire episode hinging upon people nervously sitting around computer screens watching to find out who killed Jason Blossom? It’s a wonderfully meta bit of writing, and the cast’s shocked faces are suitably fierce.

Cheryl, naturally, gets to do her shocked expression several times. First, when she quizzes her mum about the argument between Jason and Clifford before his disappearance. “There’s the sticky, dark, dirty truth,” Penelope declares to her daughter, as she drags her to the barns on the family’s ever-foggy estate and points at all the barrels of maple syrup. (No, it still doesn’t make sense to us.) Second, when Betty calls her and warns to get out of the House on Haunted Hill. “You did a bad thing, daddy,” Cheryl tells Clifford, with tears in her eyes. “And everyone knows.” You worry whether he’ll get out his angry wig again and try to bump her off too.

Except, in one last twist, he doesn’t, because when the police turn up Thornhill to arrest him, they find the Blossom patriarch dead, hanging from a noose in the barn, above some open barrels containing drugs. If you suspected Clifford of being the murderer, that’s the bit that really takes you by surprise, as Riverdale manages to retain one piece of the puzzle for its finale: we know who killed Jason Blossom, but we don’t know why.

What we do know is that FP was blackmailed into confessing, upon threat of Jughead being killed by Clifford. We also know that Jughead called his mum, asking to go and live with her, but that she said no. We know that Archie’s mum is heading back to Chicago and that Hiram is coming home. We know that drugs are involved. And we know Archie remains an bland idiot. With Episode 13 titled The Sweet Hereafter, though, and rumours still rife about a possible afterlife/undead scenario unfolding, it’s anybody’s guess what sticky, dark, dirty surprises Riverdale will pull out of the bag next week.

Riverdale is available exclusively on Netflix UK, as part of £7.49 monthly subscription, with new episodes arriving every Friday. Episode 8 will be released on 31st March.

Bloodline Season 3 trailer teases the end for the Rayburns 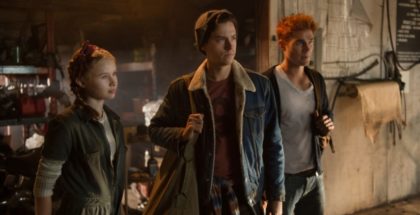 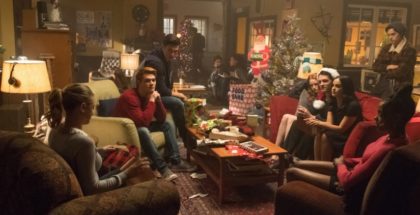 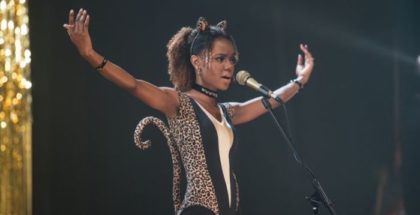 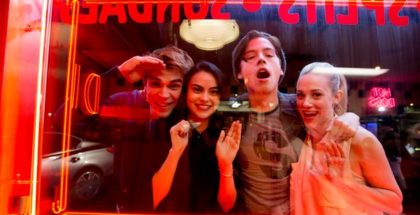