Why you should be watching How to Get Away with Murder on Netflix UK | Where to watch online in UK | How to stream legally | VODzilla.co 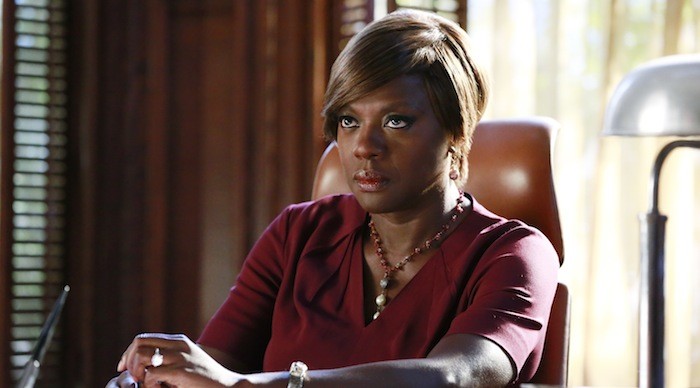 With Season 6 of How to Get Away with Murder now available on Netflix UK, we look back at the show’s beginnings.

After a positive plethora of legal dramas featuring ‘strong female leads’ vying for your verdict on Netflix, there’s another to add to your list: How to Get Away with Murder, the latest masterwork by talented force of nature Shonda Rhimes.

Fresh from refreshing our political perspectives in Scandal, Shonda instead sets her sights on the legal world with the same murky-yet-tightly-plotted story and dramatic flair she brings to all her projects. Starring the Oscar- and now record-breaking Emmy-winning Viola Davis, How To Get Away With Murder takes place in the lecture halls of a prestigious Philadelphia university cut with the corridors of the local courthouse, gaol and police station. Davis’ character – the brilliant, ruthless and complex Professor Annalyse Keating – makes Legally Blonde’s Callaghan look like a cheerful guidance counsellor in an Ask Me t-shirt, roping her brightest and best into helping her with real-life cases – with associated real high stakes – pitting them against each other to compete for her approval and our attention.

If there’s one thing Shonda knows, it’s how to assemble a killer lineup. And purely for diversity, HTGAWM is a masterclass in casting. Ably supporting Viola Davis is a young ensemble of stellar talent, from Harry Potter’s Alfred Enoch as idealistic, talented yet troubled Wes to OITNB’s Matt McGrory, riding high on his hated status post-Season 3, portraying the mildly loveable and entirely detestable jock, Asher. They’re joined by Jack Falahee as the seductive, suave and decidedly un-straight Connor, Aja Naomi King as the preppy princess, Michaela, and Karla Souza as the insecure and intelligent Laurel.

But this isn’t just performance posturing – the chemistry between the talented young leads combined with a killer script means this is a show that grips from the very start. The acting is flawless across the board and the relationship dynamics between them all – teacher and student, mother and daughter, husband and wife, boyfriends and girlfriends, both secret and public – form a fascinating and volatile backdrop to the gripping legal case that unfolds and to the pitch-perfect central turn.

Rhimes’ shows are known for their well-rounded intelligent character portraits and Annalyse Keating may be her best creation to date – Viola Davis brings both a quiet dependability and a feral ferocity to the complex, tortured titan, with her husband Sam, her duplicitous colleagues – icy deputy Bonnie and mysterious ‘muscle man’ Frank – shedding intriguing light on the various facets of a thoroughly modern female heroine. 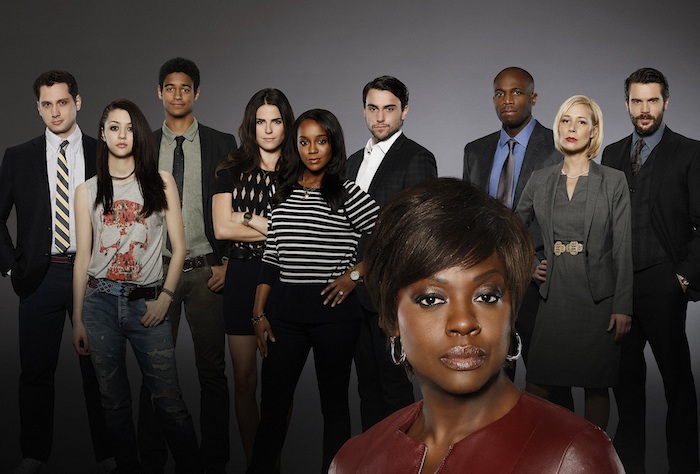 Credit, however, must also go to Alfred Enoch. Given the spotlight, he grips it with both hands and turns in a performance dripping with late-teenage angst, juxtaposed with a dependable maturity that plays as the perfect foil to Annalyse’s darker moments. Surrounded by his equally compelling young classmates, he shines as brightly as she does, with his humanity and her convincing presence centering what could be an incredulous plot, turning each twist into a knot in your stomach.

And like all Rhimes’ shows, the narrative gallops along at a breathless pace, while being just at the right speed to keep you racing along. Individual cases carry short-term dramatic arcs of an episode, giving each of the students their chance to find the smoking gun to win the day and impress their tyrannical mentor, while the overall arc of the show centres on an actual murder, that of popular, pretty college student Lila, whose body is found on campus early in the season. Fingers are pointed, stories unravel and motives abound, and the students are drawn into their own murky attempts to find out the truth. How far will Connor push his potential partner to get deeper into the truth? Is Wes’ mysterious neighbour Rebecca telling all that she knows? What will Laurel do to impress her teacher? Is there a line Michaela will cross in pursuit of her perfect dream? Will Asher’s family legacy get in the way of his pursuit of the pure honest truth? And is Lila’s boyfriend really the man at the heart of the story?

A classic thriller, sure. But Shonda is the mistress of the rug-pull and the cliffhanger – it’s hard to believe this show wasn’t made for Netflix – and the biggest one greets us within the first hour. The opening episode introduces our bright young things as they are literally red-handed, trying to put all their legal practice to work to solve the crime scene right in front of them. The crime scene they put there. For it’s not just Lila’s body we need to find a murderer for. The five brightest stars on campus have a body to bury. Whose is it? How did it come to this? What have they done to deserve this? And what will they do if their boss finds out? If that’s not got you scrambling for the remote, we don’t know what will.

How to Get Away with Murder is available on Netflix UK, as part of an £9.99 monthly subscription.

Why Away should be your next box set September 6, 2020 | Ivan Radford 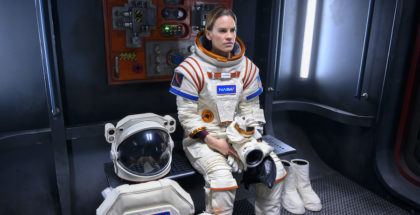 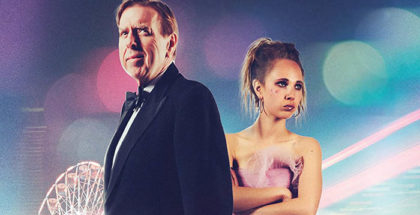