VOD film review: Away | Where to watch online in UK | How to stream legally | When it is available on digital | VODzilla.co 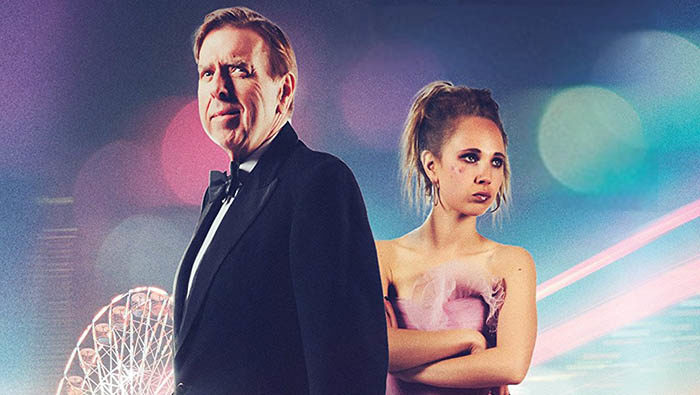 There’s a fine tradition of seaside drama in British and Irish cinema, from the inventive fantasy of Byzantium to the cheerful coming-of-age nostalgia of Wish You Were Here and gritty crime dramas, such as London to Brighton. This beautifully acted Blackpool-set drama from director David Blair (The Messenger) ticks all the right boxes, in terms of its seaside setting, but it can’t decide whether it wants to be a crime thriller or a slice of kitchen sink social drama, and ends up falling awkwardly between the two.

Written by debut screenwriter Roger Hadfield, the film opens with Ria (Temple) fleeing the clutches of her abusive pimp-slash-boyfriend Dex (Ryan) and hopping on a train to Blackpool, where she hopes to be joined by her sister, Kaz (a pre-I Am Daniel Blake Hayley Squires). When she meets suicidal Joseph (Spall), the pair strike up an unlikely friendship, as they try to ease the pain in each other’s lives. Meanwhile, Dex pressures Kaz to reveal Ria’s whereabouts and sets off in pursuit.

Temple is one of Britain’s most versatile actors (her accent work is exceptional) and she’s on terrific form here, masking her fear and loneliness with a paper-thin layer of bravado and generating touching chemistry with Spall (thankfully, the script resists any hint of attraction, although there’s a worrying moment where he strokes her arm). Spall is equally good as Joseph, a man buckling under the weight of his own guilt and loss, yet gradually receding from the brink due to his connection with Ria.

Unfortunately, the supporting roles are less successful. Ryan is suitably nasty, for the most part, as Dex, but he rather overdoes it at a crucial moment – this is not the sort of film where someone needs to mock-fellate a gun barrel that’s being pointed at them, but that’s exactly what happens here. Similarly, the script completely wastes Squires, Susan Lynch and Reece Noi (Game of Thrones, Grange Hill) in painfully underwritten roles.

However, the movie’s biggest problem is its structure: the story unfolds in fractured chronological order, which is intended to drip-feed information about Ria and Joseph’s background and how they meet. However, the gimmick quickly becomes both frustrating and irritating, to the point where you strongly suspect that it was only introduced in the editing stage, in order to cover up a lack of substance in the actual plot.

That said, there is a lot to enjoy here, not least Felix Wiedemann’s stunning cinematography, which finds a succession of beautiful images in off-season Blackpool, whether it’s the Refn-esque neon landscapes at night or the colourful seaside scenery by day. There’s also an arresting score by Anne Dudley, as well as some astute soundtrack choices, while the performances ultimately ensure that this is worth your while.

Why Away should be your next box set September 6, 2020 | Ivan Radford