Netflix UK TV review: History of Swear Words | Where to watch online in UK | How to stream legally | When it is available on digital | VODzilla.co

“An actor’s greatest tool is their imagination. But swearing… is definitely up there.” That’s Nicolas Cage introducing his new Netflix series, History of Swear Words. The promise of Nic Cage shouting lots of obscenities with his signature intensity is enough to get any Cage fan tuning in to this unlikely docuseries, but the actual show offers more than that – and it’s all the better for it.

“With swear words we can cut, soothe, delight, frighten, insult and seduce,” croons Cage, sitting in front of a globe-shaped bar cart and nursing a variety of drinks. His opening monologue sets the tone for what follows, mixing highbrow pretension and lowbrow profanity, while the Face/Off star’s contributions are short enough to avoid him losing his impact. Reeling off choice expletives with the enthusiasm (and facial hair) of Harry Ellis from Die Hard, he’s in his effing element.

That overstated reverence for bad language is at the heart of the show, which is as informative as it is silly. Cage is joined by a range of famous comedians who share that enjoyment of foul-mouthed outbursts, from London Hughes and Nick Offerman to Sarah Silverman. Their vox pops see them explain the various ways they use each chosen word – “fuck”, “shit”, “bitch”, “dick”, “pussy” and “damn” – from exclamations of shock to terms of endearment.

But that parade of potty-mouthed celebrities is balanced out with a welcome line-up of linguists and historians. Chief among them is Kory Stamper, former associate editor for the Merriam-Webster and lexicographer, who leads a string of insights into the context of each word, dismantling the urban legends surrounding their origins and charting how their status has changed, some from reputable to disreputable, others from disreputable to even more so. There are genuine tidbits of interesting information to be unearthed, not just in terms of etymology but wider social attitudes – “bitch”, for example, was only labelled as offensive in the dictionary in 2015, the same year that “twerk” was added.

With only a 20-minute runtime per episode, the series doesn’t delve into great depth, but to expect a deep dive is to misread the kind of documentary this is – co-produced by Funny or Die, it’s closer to a premium YouTube series, the kind of short-form programming designed to compete with audiences looking for quick, light entertainment. Given that approach, showrunner Bellamie Blackstone delivers a genuinely informative and amusing grab bag of trivia, one that takes itself seriously enough but not too seriously to avoid having lots of rude clips from favourite movies. Also, Nic Cage swears a lot.

History of Swear Words is available on Netflix UK, as part of an £9.99 monthly subscription.

Watch: New trailer for One Night in Miami

UK TV review: Doctor Who: Revolution of the Daleks 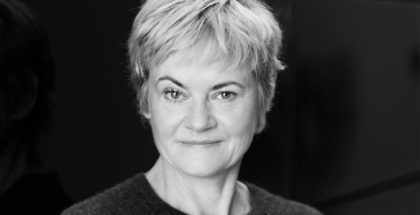