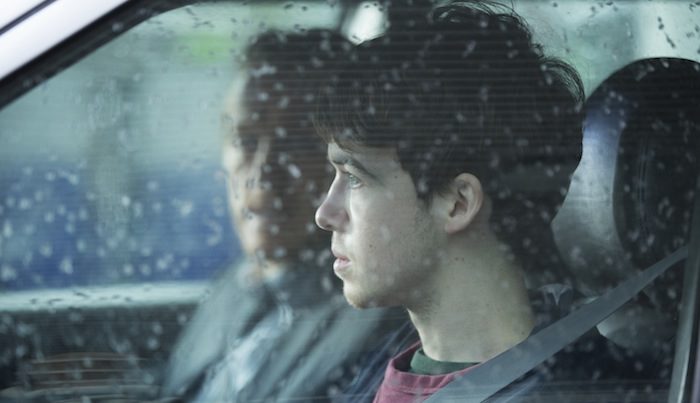 Telling us something we don’t already know

An essential part of the series

Considering the transatlantic vibe of Black Mirror Season 3 – Bryce Dallas Howard starring in one episode, Dan Trachtenberg and Wyatt Russell being involved in another – it was somewhat heartening to see a very much home-grown bunch of talent behind the third episode of this new run, Shut Up and Dance. What is disappointing, then, is that for a series that seeks to show a grim reflection on the state of the world so that we can ask questions of it after, this instead just seems to want to revel in its darkness with little to say that hasn’t been done before, and done better.

The set-up is certainly full of promise: a piece of malware being loaded onto teenager Kenny’s laptop, resulting in him being blackmailed, and the terrible consequences that come of this. Indeed, throughout the episode, there’s interest in seeing just where this is all going, but the “gotcha” aspect of the last 10 minutes or so, and a revelation about Alex Lawther’s lead skews your perspective on the whole endeavour and feels more like a joke has been played on the audience by someone who would like to be Charlie Brooker but isn’t. (Even though it is, along with co-writer William Bridges.)

There is a sense that aside from these shock tactics, there isn’t all that much to dig into here. The idea of people using our technology against us has been used in storytelling ad infinitum and Shut Up and Dance is just an update of that. People spying on us through our webcams, GPS technology ensuring that anyone can be tracked and the promise of “free” applications infecting our computers are things that just feel… known – at least, you would expect so for any viewer who would have an interest in Black Mirror in the first place.

That’s not to say there aren’t elements of worth here, however. Our two leads, Lawther and Jerome Flynn as Hector (another blackmail victim), make a most unexpected double act and while Flynn oddly recalls Game of Thrones’ Bronn with some of Hector’s fruitier language, Lawther gets the twitchy, loner vibe of Kenny down very well with only the material he’s performing letting him down. James Watkins also injects some solidly made tension into his direction, with at-times off-kilter perspectives amping up the paranoia, while also deflating the atmosphere with well-timed dark humour.

Black Mirror is not a uniformly knock-it-out-of-the-park series as it is, but its highs are very high. This halfway point of Season 3 is a low watermark, but that’s not a knock against the series as a whole (the previous episode, Playtest, is close to the best combination of visuals, sound design and storytelling the season has yet shown us), but this feels like a mid-season filler episode, rather than a vital part of a six-episode anthology.

Black Mirror Seasons 1 to 3 are now available on Netflix UK, as part of an £8.99 monthly subscription.

Young people now watch more YouTube than TV in the US