A man wearing nothing but pants and a gas mask steps out of an RV in the desert holding a gun. As far as openings go, the beginning of Breaking Bad is hard to beat. Skilled at giving you a glimpse of the future, before meticulously building up to it from the past, Vince Gilligan’s drama was as precise as it was polished. Better Call Saul, then, has big Y-Fronts to fill.

For this spin-off, though, we’ve already seen the final destination. The whole prequel is Gilligan’s signature storytelling writ large: a smaller tale stretched over a bigger canvas. Perhaps inevitably, it feels like an odd shift.

We start, naturally, at the end, as Saul slaves away in a Cinnabon. His hair’s thinning. His face is sad. He’s completely silent. The contrast couldn’t be bigger to the Saul Goodman we’re used to seeing; a bigger-than-life slimeball with a mouth as large as his paycheck. Even the picture is black-and-white.

When we cut back to his early days as Jimmy McGill, that silence continues, as a judge and jury sit around, waiting. Then, Bob Odenkirk walks in – and the TV show flips on the lights. Everything about it seems designed to be as different to the Breaking Bad universe as possible, from the garish yellow walls of the court to Odenkirk’s lawyer himself.

In the past (or future – keep up), Saul was principally the comic relief, designed to alleviate the doom and gloom surrounding Walter White and Jesse Pinkman. Episode 1 of Better Call Saul, then, makes an impressive effort to give him more substance than that. Here, he’s quieter, he’s nicer, his hair’s a little thicker.

Yes, Jimmy is sarcastic and calculating, but he’s no hardened criminal: when he comes across a familiar car park attendant and is ordered to go back and collect a sticker, he does what he’s told. But the seeds of Saul are in there, from his small-fry schemes with some skateboarders to his annoyance at defending guilty parties – not because they’re guilty, but because the money’s terrible.

Odenkirk delivers the dramatic goods perfectly, turning on the snake oil charm when he has to but never to full power – instead, he stumbles over his salesman pitches and gets his words muddled. When he yells, it’s not impressive or even intimidating. Sadly, though, it’s not overly funny either; without the jet black darkness of Breaking Bad to wrestle with, his comedy schtick doesn’t quite land on the solo mat. Likewise, the introduction of his older, successful brother, Chuck (Michael McKean), gives him a well-intentioned motivation, but doesn’t entirely endear this good man to us. After all, he’s just a wannabe lawyer – a far cry from Walter White, a married teacher with lung cancer.

But Better Call Saul’s job in Episode 1 isn’t to split your sides or to top Breaking Bad’s tough subject matter: it just has to convince us that this is a character worth watching. Put aside any hard-to-resist comparisons with Gilligan’s last TV series and that is unquestionably true. Even if the script, trying to step out on its own yet still packing in nods for fans, is uneven, it’s a pleasure to see Odenkirk in action again. As Jimmy’s schmoozing skill grows and the show’s tone becomes more confident, it’s easy to imagine chuckles and sympathy arriving – even as the climax makes a sudden, explicit lunge for more serious, Breaking Bad territory. Need a reason to stick around for now? Better Call Bob.

New episodes of Better Call Saul will arrive on Netflix UK every Tuesday at 7am.

Where can I buy or rent Better Call Saul online in the UK? 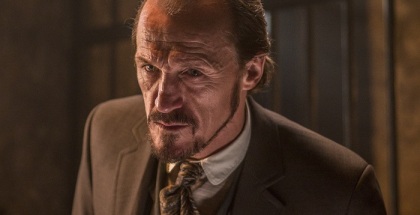