See our full list of Christmas films on Netflix UK.

Holiday specials are a bit of an oddity for UK audiences. Over here, festive TV shows tend to be one-off episodes of old sitcoms or – more recently – feature-length escapades involving a Time Lord. Not since Morecambe and Wise have we had the kind of novelty showcase that Americans have sewn into the bright red fabric of their seasonal entertainment. A Very Murray Christmas, Netflix’s original Christmas film for 2015, aims to pay tribute to that singalong, laughalong telly tradition. It gets the first part right.

Bill Murray stars as, well, Bill Murray in the hour-long tale, which sees him stranded in New York’s Carlyle hotel during a blizzard. With roads, bridges and trains closed down, his live TV show is dead in the icy water. Pope Francis. George Clooney. Iggy Azalea. The list of no-shows just keeps getting bigger. His phone rings early on. “Is it Clooney? Please God, let it be Clooney!” cry his agent and producer (Amy Poehler and Julie White).

It’s in these moments – when Murray is at his most depressed and wearing comedy antlers – that A Very Murray Christmas finds its funny streak. In his older years, he’s a natural at downbeat deadpan. A brief encounter with a rude Michael Cera (whose against-type douchebag persona is fast becoming the actor’s new type) and a bemused Chris Rock keep the giggles coming. But after an opening act that promises the kind of bleak affair you might wish from Murray’s reunion with Lost in Translation director Sofia Coppola, the film soon plumps for a more traditional vibe.

The celebrity guests that do make the trip mostly turn up as the hotel’s employees or guests, from Rashida Jones to Jason Schwartzman and the band Phoenix. Together, they fall into a familiar cycle of Christmas musical numbers. Some can’t sing – in the case of Chris Rock’s hilariously bad Do You Hear What I Hear? – and some can – the scene-stealing Jenny Lewis and Maya Rudolph – and that variety, both in style and tone, helps to keep the Christmas blues at bay. But anyone who has heard Bill Murray’s definitive version of the Star Wars theme, even the sight of George Clooney popping out from behind a tree for some lovin’ doesn’t quite reach the heights of silliness or seriousness that characterises Murray’s best work. At its worst, it’s like sitting in a room watching Bill Murray and friends downing whiskey. On the plus side, you’re watching Bill Murray.

The actor is a consummate showman, channeling the spirit of a drunken Bing Crosby with his idiosyncratic vocals and melancholic facial expressions. It’s telling that his sidekick is Paul Shaffer, whose jazzy piano tinkling confirms the set list as music first, comedy second. The duo clink like the booze Murray keeps downing. If only the script (co-written by Murray, Coppola and Mitch Glazer) could bring an edge to that Suntory-time smoothness. A brief dream sequence attempts to inject some fun into proceedings, but this Christmas tale can’t decide to be very merry or very Murray – deep and crisp satirical jibes disappear under a layer of tinsel and good cheer. The result settles somewhere between self-indulgent and sentimental. In other words, exactly the kind of unremarkable (yet comfortingly undemanding) holiday special you’d expect to find on your TV at this time of year.

A Very Murray Christmas is available to watch exclusively on Netflix UK, as part of a £7.49 subscription. 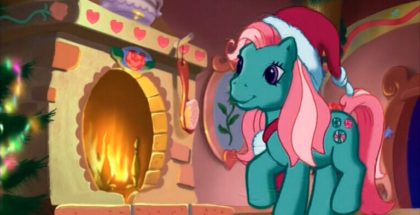 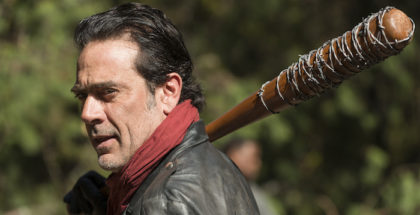 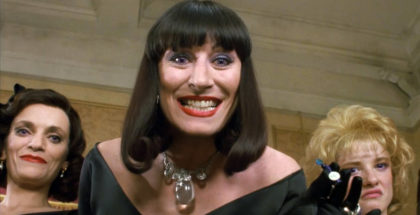