VOD film review: I, Frankenstein | VODzilla.co | Where to watch online in UK | How to stream

I, Frankenstein. You, Bored

“You’re only a monster if you behave like one,” says Terra (Yvonne Strahovski). So what does that make this movie?

Based on Kevin Grevioux’s graphic novel, I Frankenstein sees the monster embroiled in a battle between the evil demons, led by Prince Naberius (Nighy), and the protectors of humanity (gargoyles) who follow the commands of Queen Lenore (Miranda Otto). It’s that tired premise of good against bad you’ve seen time and time again. The only difference here is that our hero is the world’s most famous monster.

The fantasy-almost-sci-fi flick moves along at a bustling pace, with no time to stop and dwell on the who or more importantly the why. While Naberius’ intentions are made clear before the final battle, poor old Frankenstein’s monster (Aaron Eckhart) – now going by the name Adam – just gets caught up in the mess and doesn’t have any idea why he’s fighting off demons for the better part of two hundred years.

The film keeps the carnage at a relatively family-friendly level – there is no visceral butchery on display here. Instead, upon its destruction, a demon will explode into a downward fiery trail, while the gargoyles are consumed by a blue-white light and ascend. You will have no problems distinguishing between the two sides in this movie.

But that’s all it is; bright lights blowing up around the screen, interspersed with scenes of characters screaming and slicing at each other.

With big names like Nighy and Eckhart attached you could be forgiven for expecting more from I, Frankstein, but you’ll be left waiting for either of them to steal the show. Supposedly set in a real world, there are hardly any mortals to be seen living in this world of endless grey. The scenes are so short, meanwhile, and the movie moves through them so quickly that there is no time for the people to develop personalities.

Adam, of course, is a monster; he shouldn’t have a personality. Then again, he’s also made up from different parts of corpses so he shouldn’t look so devilishly handsome either. It’s also impossible to tell if Aaron Eckhart is acting with no emotion or if its unintentional. Despite being a monster, Adam does have reasons to show feelings, but we’re left with nothing.

Visually, I, Frankenstein does deliver on the colourful set pieces but otherwise, it lends the impression of an early 00’s video game. The gargoyles are no better than something you’d see in Doctor Who and Eckhart’s creature loses all continuity when the scars on his face vanish and reappear at random. The film’s strongest hand comes from its soundtrack – but only if you’re a fan of heavy rock.

The movie’s only saving grace, then, is the pacing; there is never a scene that drags on. This also plays to its detriment to in that we don’t get any reason to like any of the characters, which leaves us with no pay-off at the end.

Damaging to the Frankenstein name and nonsensical, no amount of electrical current could help writer/director Stuart Beattie reanimate any life into this.

Community: Looking back at Season 1 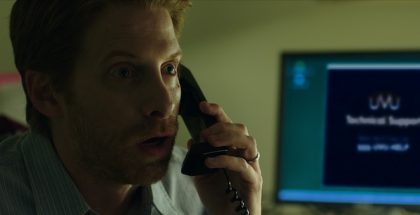 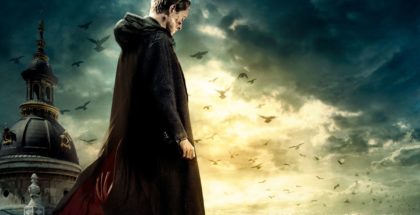 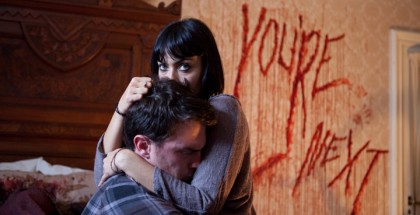 Netflix UK film review: I Am the Pretty Thing That Lives in the House... October 29, 2016 | Ivan Radford 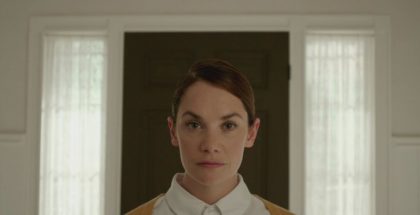