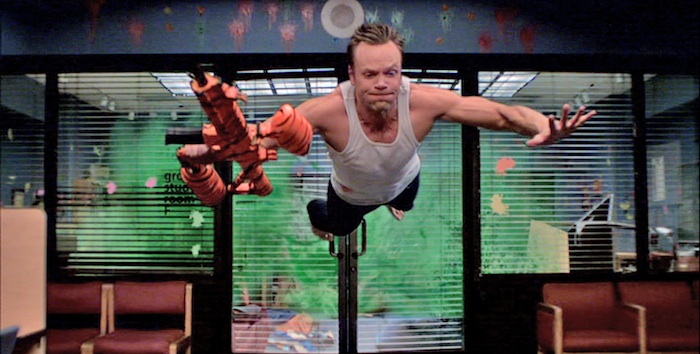 It’s the start of a new month, which, as always, means a wave of new releases on Amazon Prime Instant Video. Today is no exception, with a whole host of TV shows and movies arriving – and a lot of them are fantastic.

For a regularly updated full list of new Amazon Prime Instant Video releases, click here – or head this way to find out what’s coming soon on VOD in the next month.

Here are our top 10 new to Amazon Prime Instant Video for June 2014:

Arguably one of the best TV shows ever made, Community has won fans all over with its wit, pop culture references and surreal sense of humour. It may not have reached the six seasons and a movie it jokingly promised but this is a chance to catch up from the very beginning – and see how Dan Harmon’s series evolved into a modern classic. Is Community on Netflix UK? No. This is a major coup for Amazon’s streaming service. Hell, it’s worth signing up to watch this alone.

It’s been well over a decade since John Dorian put on those blue hospital trousers and Scrubs has stood the test of time surprisingly well. From JD’s hair to the Janitor’s threatening glare, the ensemble cast’s chemistry – and an endearingly earnest slice of emotion – mean that even with the formulaic voiceover and lesson-of-the-week structure, these doctors hit your funny bone as well as save lives.

Matthew Macfadyen reprises his role as Detective Inspector Edmund Reid in this procedural crime series. Set in Whitechapel in the aftermath of Jack the Ripper, the show’s period sitting, gritty tone and quality acting was enough to win a strong group of fans – not big enough to stop the BBC cancelling it after the second season, but sizeable enough to prompt Amazon to renew it for a third season, a la Arrested Development Season 4. Season 2 joins the first in Amazon’s Prime Instant Video line-up, giving you ample opportunity to catch up in time.

Quentin Tarantino’s second film is considered by many to be his best. The fact that this paragraph could simply be a list of quotes is testament to just how witty, intelligent and, despite its many imitators, instantly recognisable it is.

Eternal Sunshine of the Spotless Mind

Charlie Kaufman’s best film marries his trademark neurotic cynicism with heartwarming sentiment in the tender tale of Joel, who gets his former partner, Clementine, erased from his memory. Depressing and uplifting in equal measure, its emotions – so subtly conveyed through Jim Carrey’s serious face and Kate Winslet’s intense performance – are perfectly matched by Michel Gondry’s direction, which jumps through layers of Joel’s mind with astonishing imagination.

Michael Cera plays Michael Cera and nega-Michael Cera in this smart rom-com about a guy (Cera) whose attempts to woo the girl of his dreams is sabotaged by his cool alter-ego (Cera). One minute stammering, the next smoking and speaking in French, it’s a tour de force from the previously-typecast actor, who sticks the finger up at George Michael Bluth – almost literally.

The Men Who Stare at Goats

Jon Ronson’s non-fiction book is adapted by Peter Straughan into a wonderfully entertaining war comedy that follows a journalist (Ewan McGregor) attempting to uncover the bizarre torture tactics – and secret psychic units – within the US military. How much is real and how much is made up? Who knows? And that’s precisely the point.

Before Welcome to the Punch’s barnstorming action made low-budget London look like a Hollywood blockbuster, British director Eran Creevy marked himself out as one to watch with this tiny gem. The equally brilliant Riz Ahmed and Daniel Mays play two old friends who reunite one day. As grown-up Chris follows his former mate on his drug-dealing rounds, things take a turn for the worse – and prove that action veteran Creevy can deliver even bigger blows through character alone.