Emmy-nominated TV series Copper will be available to stream on LOVEFiLM Instant from Friday 13th September.

Cineflix’s series, which is set in 1860s New York City during the last gasps of the Civil War, stars Tom Weston-Jones (of Spooks fame) as tough but decent police detective Kevin Corcoran, a copper who returns from the war to discover that his daughter has been murdered and his wife is missing.

He is joined by Being Human’s Kyle Schmid, Anastasia Griffith (“Once Upon a Time”, “Lipstick Jungle”) and, perhaps most promisingly, Run Lola Run’s Franka Potente.

Against a backdrop of poverty, crime and depravity, Corcoran tries to piece together what happened to his family while solving high-profile cases for the City. His investigations take him from the notorious Five Points neighbourhood to elegant but corrupt Fifth Avenue high society, exploring bitter racial tension and social struggles on the way.

The show, which has already got itself a second season on BBC America, is a big addition for Amazon’s LOVEFiLM – not just because it is created by three-time Emmy Award-winner Tom Fontana and Academy Award-nominee Will Rokos, but because it is its second exclusive show to debut in the UK from overseas this year.

So far in 2013, Netflix has debuted House of Cards, Arrested Development, Hemlock Grove and Breaking Bad. As the latter hits its big climax, LOVEFILM needs something to keep the rivalry alive. Its last exclusive, Vikings, is a hugely entertaining show with a strong mix of gore and good characters.

Can Copper keep up their winning streak of arresting programmes, or should we move along because there’s nothing to see?

Simon Morris, Chief Marketing Officer at LOVEFiLM, said: “Breaking records for a broadcaster like BBC America is a testament to the quality of this show and we’re thrilled to bring it to the UK. We’re always looking to bring great new TV content to British viewers, and following the success of VIkings it’s exciting to see the faith content creators have in our platform as a way to launch new shows in this country.”

Chris Bonney, CEO of Rights, Cineflix Media, added: Copper has been a great success for Cineflix in North America and we’re sure it will be equally loved by British audiences. As we look to increase our broadcast partners and revenue from the growing trend for online viewing, we’re delighted to partner with LOVEFiLM, which is the perfect way for fans to dive into the gritty world of post Civil War New York.”

We’ll bring you our verdict soon.

Bloomberg’s HANK: 5 Years From the Brink coming exclusively to Netflix 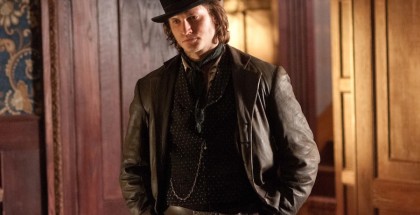