Netflix UK film review: The Little Prince | Where to watch online in UK | How to stream legally | When it is available on digital | VODzilla.co 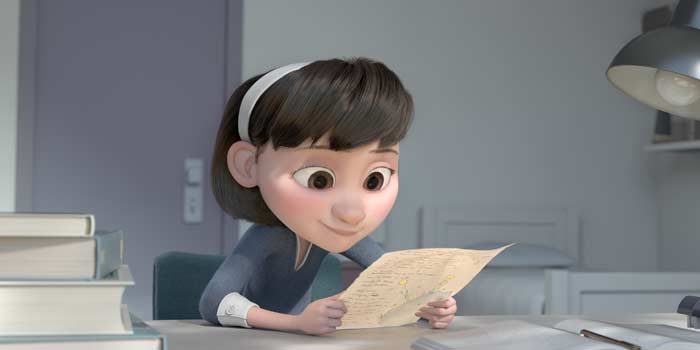 One of the best animations of the year so far.

If you needed yet another sign of the ascendancy of streaming, The Little Prince should give you a clue. When the latest film by a mainstream animation director (Mark Osborne, who previously made Kung Fu Panda), with a voice cast that includes (breathe in) Jeff Bridges, Paul Rudd, Marion Cotillard, Rachel McAdams, James Franco and Paul Giamatti (among others), goes straight onto Netflix in the UK, bypassing cinemas altogether, it seems like the days of streaming are well and truly here. This should be an easy film to sell in theatres – it’s based on a beloved children’s book of the same name, it features a blend of animated styles and is aimed at one of cinema’s biggest demographics. Yet here it is on Netflix and, like many releases on the platform, it rivals anything with a cinematic release. You certainly shouldn’t let its straight-to-VOD status put you off: The Little Prince is one of the best animations of the year so far.

This new adaptation of Antoine de Saint-Exupéry’s 1943 short story uses the original tale – about a lonely boy who lives on an asteroid all by himself before he travels the world – as a story-within-a-story. It’s told by an eccentric old man (Bridges) to his new neighbour (Mackenzie Foy). He’s a charming coot, who claims to have met the prince; she’s an intelligent 8-year-old, who lives according to a strict timetable, so she can succeed at her expensive new school. The modern-day part of the story is animated in CG, while the tale of the prince is rendered in exquisite, tactile stop-motion.

This blend of animation styles is in-keeping with the major themes of the film, where the old and the new wrestle with one another. The old man, known as The Aviator, represents an analogue past – his house is littered with bric-a-brac from a bygone era – and the traditional medium of stop-motion reflects this last gasp of the ‘old’, as shiny, modern CG threatens to take over. Not only is the animation heart-stoppingly beautiful (it’s overseen by the brains behind the animation of The Babadook), but it’s central to the film’s aim to re-wonder a disillusioned audience.

Osborne conjures, with the help of Saint-Exupéry’s illustrations, unforgettable images infused with a melancholic beauty. Planes soar through cloud-tunnels of torn card and boys ride through space, carried by a flock of paper birds. One particularly beautiful touch is the constant flapping of the prince’s scarf, part of the rice-paper costumes that clothe all of the stop-motion figures. The story and the images are designed to appeal to the imagination, to stir wonder in the viewer. Even within the modern world, Osborne embraces visual symbolism effectively, portraying flat-pack suburbia as a computer chip when viewed from above. Towards the end, the two worlds collide in a memorable sequence involving a bell-jar filled with stars.

Of course, such a preoccupation with the beauty of the past should be interrogated. In an age when nostalgia is a cheap route to ticket sales, a film so critical of the modern world could easily become myopic. Certainly, the stereotypical pushy mother and the way it presents office work in the city both feel somewhat passé. A third-act digression into a permanently grey city feels like a step too far away from the source text and hammers home its point with too much vigour. Hollywood may one day learn that there’s actually nothing wrong with holding down a 9-to-5, but today is not that day.

The Little Prince gets away with its mild luddite sensibilities, though, thanks to the sincerity in every frame. By marrying its form so beautifully to its ideas, The Little Prince earns the right to look back fondly on days when childhood was simpler. The prince encounters a series of people who represent the different vanities of adulthood, such as seeking the praise of others and the pointless pursuit of money. The old man just wants his overworked friend to play, imagine and dream. The film uses the strange allegorical story of The Little Prince to allow its audience – both young and old – to do just that. It celebrates, wholeheartedly, the power of imagination.

It may seem strange to have a children’s film this philosophical. There are no cheap gags, no lame pop culture jokes. While it does often resort to caricatures, the pace and tone are nevertheless measured and thoughtful. As the film heads towards a conclusion, ideas of coping with loss are woven into the thematic tapestry. Perhaps this melancholy is what deterred distributors from releasing it in cinemas, but that shouldn’t stop anyone from showing it to their children (or, admittedly, just watching it by themselves and having a good weep). The Little Prince is stunning. It brims with ideas and will cause you to wonder once more.

The Little Prince is released worldwide on Netflix on Friday 5th August.