Netflix UK film review: Set It Up | Where to watch online in UK | How to stream legally | VODzilla.co

Zoey Deutch and Glen Powell are delightful in this endearing, old-fashioned rom-com.

While the American rom-com has hardly been a rare beast in the last few years, a majority of the prominent mainstream examples – e.g. Trainwreck from studio fare, Sleeping with Other People from the independent side – have leaned into cynicism, raunchiness and a subversion of genre trappings. Netflix’s Set It Up, the debut feature of TV directing veteran Claire Scanlon, does not fit alongside them. The closest it comes to raunchiness is one use of the ‘c’ word and its female lead making a mini golf-based sexual euphemism concerning her vagina – this one is probably safe not to hide behind parental controls, compared to, say, Bridesmaids.

Two young personal assistants in New York City, Harper (Zoey Deutch) and Charlie (Glen Powell), meet one night while working late, thanks to their respective overbearing bosses in the same building: Harper’s is famed ESPN reporter Kirsten (Lucy Liu), while Charlie’s is top businessman Rick (Taye Diggs). Upon meeting again, they end up concocting a plan to make their lives easier: set up their workaholic bosses to date, theoretically freeing up their excessive workload and giving them more time to do what they want – Charlie to pursue a promotion and please his materialistic girlfriend (Joan Smalls), Harper to have some breathing room to pursue both dating and actually writing something for Kirsten’s publication. And who better to matchmake than people whose job it is to know every single like and dislike of the people they’re setting up? While the romantic ruse has some relative success, the scheming assistants realise they may be falling for each other.

Although it addresses certain struggles specific to modern dating and the corporate ladder for Generation Y, Katie Silberman’s screenplay is a melting pot of familiar rom-com plots from the genre’s more commercially viable 90s heyday: a dash of every other Meg Ryan movie here, a sprinkle of Clueless and The Parent Trap remake there, with the last of those getting an in-film shout out. There is almost nothing surprising in this entire movie, bar the fact there’s some actual New York City location shooting in an era when every NYC-set film seems to get shot in Toronto or Ohio.

Does this mean the film is stale? No, because you can still invest in almost any familiar premise if you have the right actors. Why Set It Up works and is relentlessly endearing is down to leads Deutch and Powell, who tally up yet another success for their rising star resumes, after having previously co-starred in Richard Linklater’s Everybody Wants Some!!. Deutch, in particular, is such a motormouthed delight that one hopes any smart casting director working on a period screwball comedy revival would have her atop any lists of potential leads.

Set It Up is available on Netflix UK, as part of an £9.99 monthly subscription. 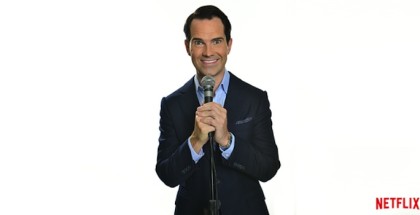