VOD film review: Oscillating Fan for Your Home | VODzilla.co | Where to watch online in UK 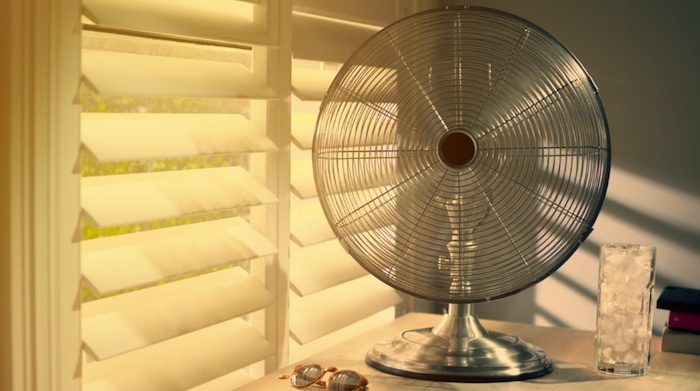 It'll blow you away.

When the heat gets hot and your very being is on fire, cinema has always been man’s best friend, offering shade, comfort and air conditioning on a hot summer’s afternoon – plus a movie. Now, though, Netflix has stepped up its seasonal game, providing you with the perfect solution for those muggy days in the office: an Oscillating Fan For Your Home.

An indirect follow-up to its hugely popular, and highly sophisticated, Fireplace for Your Home, Oscillating Fan has a lot to live up to: the original offered the epic spectacle of actual flames, combined with the thrill of real-time combustion. But this sequel matches the standard set by its predecessor: in a crowded, increasingly homogenous landscape of summer blockbusters, this daringly low-budget, stripped-down tale is a gust of fresh air.

Borrowing the basic structure of Fireplace for Your Home, the film opens daringly, with a fan already oscillating on a desk – a motif inspired, no doubt, by the classic silent French film, Fan de la Maison. There are no wordy speeches of exposition or distracting subplots here, just pure entertainment the way it should be: streamlined and rotating.

Director Chrisopher Moriarty cleverly borrows from Hitchcock to build the suspense, utilising a sound design that recalls the subtle, immersive approach of Rear Window: in the background, we hear waves lapping against a hidden shore and gulls flying through the sky, each acoustic element hinting at unseen details and events. The waves get louder and splashier within minutes of the opening frames: is someone coming from the sea? Are those shadows on the half-shuttered blinds from the fan, or coming from some undetected peril in the outside world?

What has happened, we wonder, for the world to have become so hot that this fan has been required? At the end of the first act, the birds become even more audible, their pronounced screeches echoing the untold horrors of a world beset by scorching, searing temperatures. Moriarty quietly links their cries with the environmental danger of global warming by placing a glass of icy water on the table in foreground – a visual metaphor for the polar caps melting on our fragile planet that, fittingly, is never openly discussed by anyone.

As the story enters its nail-biting second half, the water level continues to drop, drip by drip, the gradually disappearing ice ramping up the tension – what will happen when the cubes run out? Will someone come to drink it? Are they the owners of the tortoise-shell sunglasses? Moriarty crafts a Waiting for Godot-like scenario that traps us in a sweaty, stick limbo, pondering the nature of existence in a single, long take.

And all the while, the fan hums, whirs and blows. Sometimes, it wafts. Its metallic head moves left and right slowly, like a cobra disarming its prey – a hypnotising motion that parallels our own struggle to survive against the oppressive, sweltering force of mother nature. For centuries, humankind has fought to thermoregulate in unnaturally warm conditions, much like the Earth orbiting the fiery orb of doom that we have, with foolish affection, nicknamed The Sun. Just like our blue dot’s centrifugal force and orbital velocity, the only thing preventing this room from frying to a crisp are the spinning shards of plastic, coolly standing between us and oblivion.

All that in a single hour? The film’s ability to tackle such weighty themes in such a simple format makes it the perfect companion piece to Fireplace for Your Home. The result is undemanding background viewing for a hot office, a humid living room or a stuffy reception – with a cliffhanger teasing the inevitable triumph of the heat against the whirling ventilator leaving you gasping to know what happens next. In short, it’s just like having an Oscillating Fan For Your Home. It’ll blow you away.

Oscillating Fan for Your Home is available on Netflix UK, as part of an £8.99 monthly subscription. 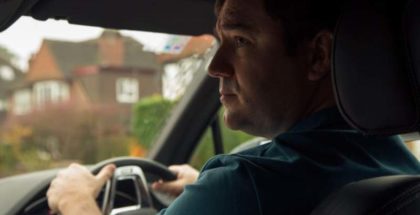