Unconscious on a bench, surrounded by whisky bottles, Hancock (Smith) is not your average hobo. In fact, he’s a super-hobo. It’s only when a kid wakes him up and points to the news that he heads skywards to catch criminals. The one problem? He damages more property than they do.

It’s a matter of time before the people go all The Incredibles on Hancock and, after collectively calling him an asshole, arrest him. But luckily for LA’s most hated anti-hero, PR guy Ray (Bateman) is on hand to repair Hancock’s image. He deserves to be adored by one and all, praised for his life-saving work. After all, he is the only one of his kind.

45 minutes in, the laughs are present, the tone tongue-in-cheek. With a possible affair between Hancock and Ray’s wife, Mary (Theron), it looks to be a nice new angle on the comic book genre. The villain – Happy Go Lucky’s Eddie Marsan – even has a hook for a hand. But then the script makes a dreadful misstep into serious, cheesy mode with the arrival of another hero.

As sparks fly everywhere, destroying buildings galore, the super-hobo seems to be losing his touch. Then in flies a back-story fresh from Mount Olympus, ready to save the day. But it’s too late – a poorly-judged final act simply leaves everything in flux, a chaos born out of the playful mayhem from before.

Thank goodness, then, for Smith and Bateman, whose joint charisma keeps the film in flight; milking the material for all its worth, Bateman is amiable and amusing while Will’s red-eyed outsider cries out for sympathy – even after shouting abuse at everyone around him. In just an hour and a half, director Peter Berg delivers some entertaining and impressively concise exposition, but Hancock’s original concept doesn’t quite get off the ground.

Hancock is available on Netflix UK, as part of an £8.99 monthly subscription.

Where can I buy or rent Hancock online in the UK? 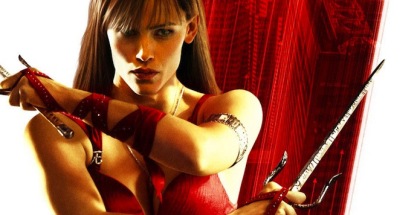