Vin Diesel is magnetic in this indie sci-fi actioner with smarts.

With the third film in Vin Diesel’s created-through-sheer-willpower franchise, currently making Twitter all a-flutter with its sexual politics, many OCD-addled film fans will be taking in the earlier works concerning the world of Richard B. Riddick and in doing so will be exposed to the still rather effective world of the his first outing: Pitch Black.

What could have been a fairly standard “beasties vs expendable characters” action romp is made more through the skills of writer/director David Twohy, a man who specialises in the indie realm (his submarine thriller Below is also well worth a look). Originally developed as one of the many iterations of Alien 3 before David Fincher’s troubled production, Twohy uses what is obviously a low budget to craft a film of effectively two halves: one, a stalker/slasher set in a high visibility world where even the antagonist, Diesel’s Riddick, doesn’t bother hiding; the other, a creature feature which doesn’t drop the narrative ball developed early on.

Marking the film out is Twohy’s methodical setting up of characters, their arcs and relationships, before Riddick takes to the stage. Radha Mitchell’s pilot Fry is ostensibly the hero of the piece but is no white knight herself: at the start, she almost makes a decision which would have had dire consequences for most of the cast – information known by only a few. The guilt weighs heavily in Mitchell’s solidly stoic performance and leads to probably the most satisfying character journey of the film.

Identities are played with throughout. Cole Hauser’s Johns is your archetypal man, a good looking, seemingly moral guy, but he too has skeletons in his closet that threaten those around him. Another cast member has a rather personal secret, which, while not endangering the crew, makes us realise that we’ve set up certain expectations that we shouldn’t have. This is a sci-fi with smarts.

All of this brings us to Vin Diesel’s villain, a true anti-hero both in style and content. Given the role of narrator at the start of the film, we feel he’s the one to follow before being told by Johns that he’s a danger to everyone. We never see him do or say anything all that bad – an already infamous moment in the latest film aside – but the sheer force of Vin Diesel’s persona makes us believe he would.

Some moments of the film don’t work on such a high level in 2013. The cinematography concentrates on digitally grading the hell out of the image in the first half and looks flat-out cheap in the second, while you can generally tell who will survive from the start, but Twohy makes an effort to create an ensemble that genuinely interests. Combined with Vin Diesel’s magnetic Riddick, even 13 years on, Pitch Black holds up pretty damn well.

Pitch Black is available on Netflix UK, as part of an £8.99 monthly subscription.

Where can I buy or rent Pitch Black online in the UK?

Infographic: How much does Vin Diesel weigh? 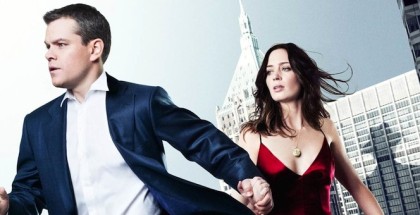