Alien: Resurrection: A cautionary tale of trying to copy brilliance | VODzilla.co | Where to watch online in UK

Alien: Resurrection: A cautionary tale of trying to copy brilliance

This flawed attempt to copy brilliance only leads to a disappointingly ugly mess.

With Alien: Covenant out in the UK, our Alien Retrospective looks back at the original Alien films, plus where you can watch them online.

How do you follow Alien 3? That was the question facing 20th Century Fox, who were clearly keen to keen the franchise going until the death. The only problem? Ripley died at the end of David Fincher’s underrated sequel. Their solution? The title “Resurrection” says it all: a bold, if risky, gamble to drag Ellen Ripley back to life for a fourth outing, kicking, screaming, tail flailing and phallic jaws puncturing. It’s a move that sounds destined to fail – and, even 20 years on, that destiny remains inescapable.

The idea is ambitious and follows the series’ warped logic to shrewdly disgusting extremes. It comes courtesy of none other Joss Whedon, then a younger nerd with the kind of enthusiasm and wit to dare to pull off such a fear. There’s a wit at play in the way he dives into the franchise’s themes of motherhood, monsters and meddling scientists, as we see Brad Dourif (one cackle away from a cartoon) play the despicable scientist Dr. Jonathan Gediman, who heads up the military spaceship Auriga, where they are cloning, breeding and perverting the Alien bloodline more and more. There’s a Firefly-esque sprinkling of space outcasts, too, as a group of mercenaries – one of them with guns attached to his wrists, another played by Ron Perlman – rock up to the ship on their own craft, called Betty, delivering more human hosts for them to experiment upon.

Most of all, though, there’s the strong female character of Ripley, as Sigourney Weaver reprises her role as the woman cloned against her will and raised in a lab. There’s something of the Alien in her revived DNA, which gives Weaver fresh depths and nuances to toy with, from acidic blood that can melt through windows to strength, darting eyes, an aggressive streak and extreme agility and rapid reflexes. It’s a scenario that has some promise, kicking off with a nifty showdown that sees Ripley kick butt with nothing but a basketball.

And Whedon follows that concept of blurred lines between Frankenstein’s creation and creator, right up to the freaky finale, which sees the Alien take on a bit of human in return – giving it a womb that allows it to birth even stranger hybrids than normal. The resulting Newborn, like its mother, have an affectionate soft spot for Ripley, evolving the respect shown to her by previously Alien soldiers to something disturbingly intimate. More disturbing than that is the fact that Ripley feels some attachment in return, showing tears in her eyes as she delivers a final blow come the dramatic conclusion.

But while that sounds intriguing on paper, it’s executed poorly in practice, as the Newborn looks more laughable than alarming – no matter how good Weaver is next to it. That’s made possible due to the other player behind the scenes: director Jean-Pierre Jeunet. The filmmaker, best known for Amélie, brings a dark sense of humour to proceedings, one that’s evident from the subversive opening shot, which zooms out from a close-up of gnashing Alien-like jaws to reveal them as belonging to a mosquito. That tone repeatedly appears, from Dourif’s moustache-twirling villain (who doesn’t even have a moustache to twirl) to Dominique Pinon as a grouchy wheelchair-bound mechanic. Perlman’s gruff, macho turn only invites further smirks. So when Winona Ryder turns up as Call, the most earnest, serious and complex member of the Betty crew, the attempt to bring some straight-faced drama to the screen jars horribly. That uneven atmosphere is only reinforced by the dialogue, which is far from Whedon’s best, particularly where Perlman is concerned.

Jeunet, who strives to bring some visual ingenuity to the screen, never seems to have a handle on (or, moreover, respect for) the material, and instead, the movie strives to make its impression by ramping up the gore. There’s an inventive quality to the nastiness on display, from the idea of Aliens killing each other to use their acid blood to escape their prison to the sight of the Ripley clones gone wrong. An underwater sequence is nicely conceived and shot too. But that’s not enough to sustain a movie – especially when it’s a movie that has to stand alongside the first three Alien movies.

The Alien franchise has persevered over the years thanks to the way that it has, like Mission: Impossible, allowed filmmakers to stamp their own vision on the same central elements. Scott gave us a horror movie. Cameron morphed it into an action flick. Fincher served up a dark, brooding meditation on religion and redemption, which unknowingly paved the way for Scott’s later Prometheus: a drama of death. Jeunet reverses that touchstone of mortality, such an essential part of the circle of life that underpins Alien’s creepiness, but still doesn’t seem to know what film he’s making. Is it a comedy? A slasher? Despite its obsession with copying, this, quite simply, doesn’t feel like a part of the same series, from the unusual lack of character development for anyone other than Ripley, which means that there’s no reason to care about any of the humans on screen (compare that to Scott’s 1979 story of everyman space truckers), right down to the absence of the retro-futuristic vibe that defined the original trilogy, with their clunky ships and angular, battered aesthetic. Worse than not feeling part of the same series, chunks of this don’t even feel like they’re part of the same film.

Peter Jackson, Bryan Singer and Danny Boyle were all reportedly approached to make the fourth entry in Fox’s quadrilogy, and it would be interesting to see what they would have done with Whedon’s script, but Alien: Resurrection sadly undermines the tension, surprise and, most of all, the substance that has gone before it. Like the mosquito at the opening, it demystifies and cheapens what was once so terrifying. In bringing the franchise back to life, it ironically only served to kill it off in an entirely new way – until Scott would find a new way into the Alien mythology years after.

Alien: Resurrection is available on Sky Cinema. Don’t have Sky? You can also stream it on NOW TV, as part of a £11.99 Sky Cinema Month Pass subscription.

Where can I buy or rent Alien: Resurrection online in the UK?

Prometheus: A fascinating prequel with the wrong main character... May 16, 2017 | Ivan Radford 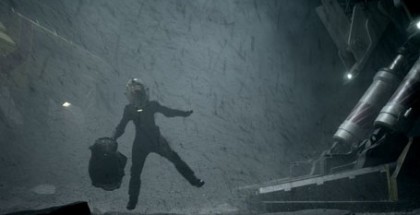 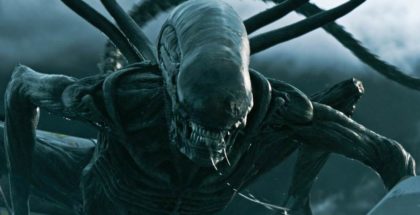