Amazon Prime TV review: The Walking Dead – Season 1, Episode 1 | Where to watch online in UK | How to stream legally | When it is available on digital | VODzilla.co

It’s not often you like a character who says almost nothing at al. Then again, it’s not often you see The Walking Dead. Frank Darabont’s series, based on the graphic novels by Robert Kirkman, Tony Moore and Charlie Adlard, starts with barely a word from Deputy Sheriff Rick Grimes (Andrew Lincoln). It speaks volumes. And not just because of the silly hat he wears.

A man drives down a deserted road. He stops. A girl is walking between dead bodies. She is holding a doll. The man stops. She turns around.

It’s an eerie prologue to Season One, but just as you’re settling into the unsettling, Darabont flashes back to pre-outbreak. We see Rick and his friend Shane chatting in a car – more accurately, we see Shane chatting. Rick says nothing. Darabont spends 10 minutes introducing Shane with a torrent of sexist comments and jokes, but what he’s really doing is setting up Rick as the anti-Shane.

Then, just as you’re getting used to people talking, Darabont switches pace again, diving into a wordless set piece that sees Rick exploring an abandoned hospital. “DONT OPEN. DEAD INSIDE” reads the sign on a door. Things only get more ominous from there, as we slowly start to meet survivors. But are Rick’s wife and son among them?

Andrew Lincoln carries the question with an open-eyed sincerity and a flawless American accent. He doesn’t so much swagger as stumble nervously as Darabont’s camera creeps through the apocalyptic wasteland – a slow journey that teases out character beats as well as horrific moments. The believable cast are supported by equally realistic zombies, brought to life with a gruesome blend of CGI and detailed make-up, but what really sticks with you is the sound: the scraping, the sucking, the squelching, which stand out even more thanks to a sparse background score.

Darabont tops off the production values with a surprisingly daring eye, galloping towards an audacious final tracking shot that will leave your half-eaten jaw hanging loose from its socket. The Walking Dead arrives on LOVEFiLM Instant just as zombie fatigue sets in. Do we really need more undead hordes, walking or otherwise? The answer from Episode One is a resounding hell yes. You can even forgive the silly hat.

The Walking Dead is available to watch online on Amazon Prime Video as part of a Prime membership or a £5.99 monthly subscription.

For other seasons, see Where can I watch The Walking Dead online? 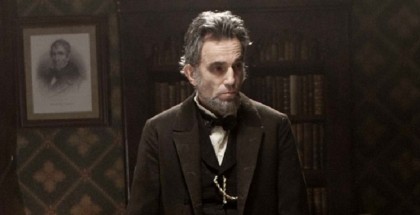