VOD film review: Lincoln | Where to watch online in UK | How to stream legally | VODzilla.co

A mature Spielberger served up like Steven's best creations: without cheese.

When it comes to Steven Spielberg, his produce comes in two varieties: with cheese and without cheese. Saving Private Ryan, with cheese. Duel, without.

As the years have slipped by, Steven’s Spielbergers seem to have more and more of the yellow stuff poured on them. War Horse was served with thick, artery-clogging dairy that drowned the poor thing – a far cry from the lean, tough-to-swallow Munich or gritty texture of Minority Report.

A biopic of Abraham Lincoln, then, already had a spot marked out on the cheese shelf, but Spielberg latest creation is surprisingly light on the lactose. It’s a simple cut of well-aged beef, served up with no cheese at all.

It helps that Spielberg’s recipe discards most of the usual biopic ingredients, trimming the fat of his whole life story and focusing on the President’s efforts in 1865 to pass the 13th Amendment and abolish slavery.

The bulk of the recipe? Daniel Day-Lewis. Or at least, it says Daniel Day-Lewis on the menu, but any trace of him is nowhere to be seen: from his ungainly walk, lolloping around the office, to his unexpectedly soft voice, it’s like Spielberg reanimated Abraham Lincoln’s corpse and served him up on screen – a far more scandalous source of meat than horses from Romania.

Spielberg keeps the camera movements to a minimum, soaking his celluloid in Day-Lewis’ juices and letting it marinade for hours. The slow-cooked production takes a long time to digest, but Spielberg is a seasoned chef, peppering the dish with flawless costume and set design.

Some of the side orders are over-powering – Sally Field’s performance is a tad ripe – while the hasty inclusion of Joseph Gordon-Levitt leaves the plate a little crowded, but Lincoln is a meaty Spielberger that satisfies the appetite. Forget your McDonald’s biopics and Burger King Oscar-bait. This is the kind of morsel you’d expect to be served at Byron.

A mature cut of steak, Steven serves it up like all of his best Spielbergers: without cheese. And topped with a novelty hat and beard. 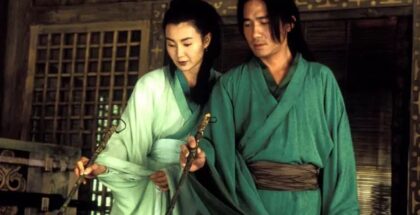