Goldfinger: Introducing the definitive "Bond girl" | Where to watch online in UK | How to stream legally | When it is available on digital | VODzilla.co 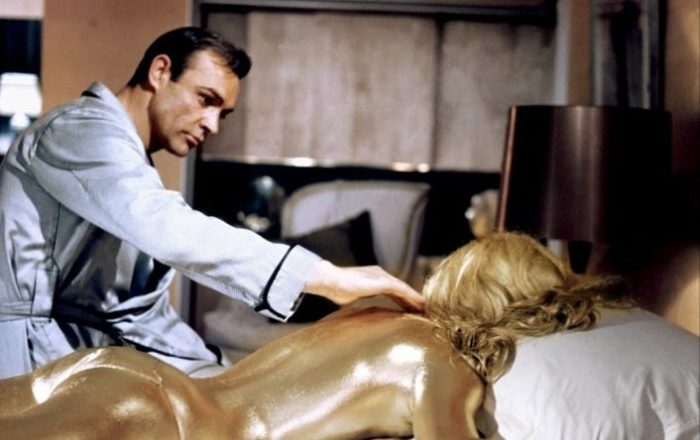 Ask anyone to name a Bond film and one of the first movies likely to come up is Goldfinger. The 1964 blockbuster was the third entry in the franchise, but more than half a century later, it remains the definitive outing for 007. Directed by Guy Hamilton, who would go on to helm another three Bond movies, it’s the movie that first got every element right. Where Dr No nailed the bad guy and From Russia with Love found the character of Bond, Goldfinger balances those two components with the third key feature: the “Bond girl” (a term that we’ll be retiring after this sentence).

The film swiftly establishes the conventions when it comes to the franchise’s treatment of women, both in a good way and bad. A cold open in Latin America introduces a belly dancer who can’t be trusted, before an encounter with CIA agent Felix Leiter in Miami makes him aware of Jill Masterson, a woman helping Auric Goldfinger to cheat at cards – the kind of petty act of greed and subterfuge that makes for a memorable villain. No sooner than Bond and Jill thwart Goldfinger and consummate their partnership, Bond wakes up the morning after and finds her dead – covered in gold paint from head to toe. It’s an iconic spectacle (Shirley Eaton would go down in history for that reveal) and a grim form of murder – immediately making it clear that women in Bond films are to be admired but also are in very real danger.

While that establishes the chauvinist dynamic that will define Bond’s relationship with women over the years to come – staying true to Fleming’s books – Goldfinger the film smartly makes it clear that not all women fit that mould. Richard Maibaum and Paul Dehn’s script, which went on to become the conscious blueprint for Bond films, quickly ushers in Tilly Masterson, Jill’s sister, who is on her own quest for revenge against Auric – and Pussy Galore, the pilot who works for Goldfinger and is involved with his plot to invade Fort Knox.

Pussy’s a tricky character, played by Honor Blackman with enough independence to impress – even though her name is an outrageous double entendre, she isn’t, for example, in a relationship with Goldfinger, and is engaged in the villainous ploy for her own benefit. On the other hand, she’s almost assaulted in a barn by 007 – a dated form of purported seduction that sends all kind of wrong messages, even if most of those are a reflection on Bond’s own dubious character. Taken within the world of 007, though, Galore is a woman to remember, with judo skills and charisma to spare – a welcome counterpart to the more ill-fated female members of the cast.

Throw in some entertainingly absurd gadgets, a franchise-defining punch-up between Bond and a classic henchman (Oddjob), a Bond villain monologue to rival Dr No, not to mention Ken Adam’s set designs and John Barry’s music, and you have a Bond that’s minted to last. 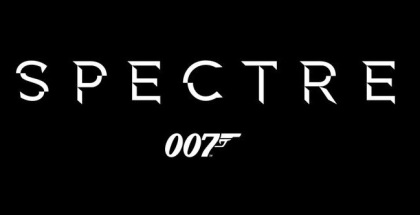 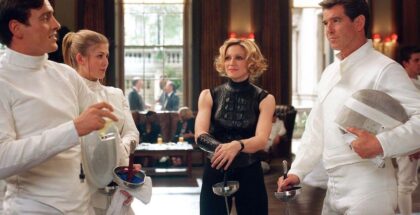 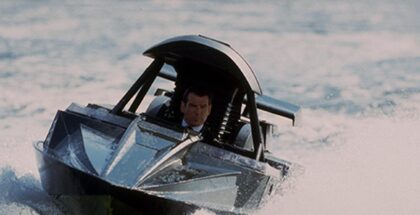 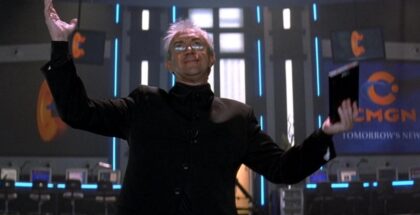