VOD film review: For Your Eyes Only | Where to watch online in UK | How to stream legally | When it is available on digital | VODzilla.co

For Your Eyes Only review: Bond goes back to basics 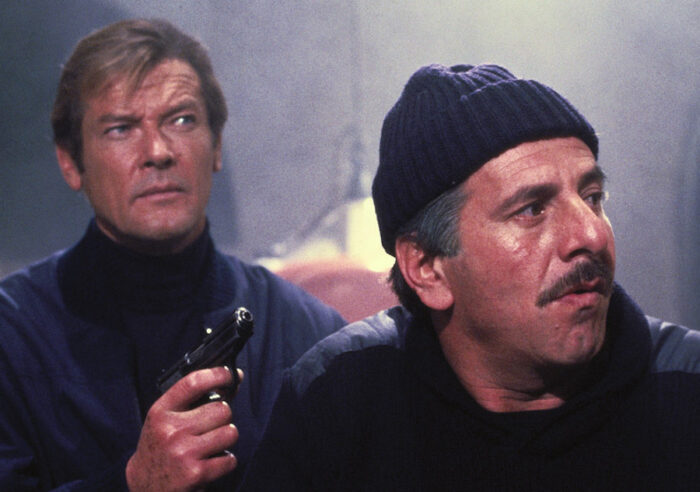 This grounded outing for 007 is so basic that it becomes forgettable.

Where could Bond possibly go after actually blasting off into space in Moonraker? For Your Eyes Only took the logical next step of bringing everything crashing back down to Earth. Gone were the space shuttles and laser guns – in their place were shady businessmen, missiles and a woman seeking to avenge the death of her parents. So far, so grounded.

Writer Christopher Wood, who penned Moonraker on his own after co-writing The Spy Who Loved Me with Richard Maibaum, was quietly jettisoned out the airlock, with Maibaum returning to the writing desk along with newcomer Michael G Wilson. Maibaum (a Connery veteran) and Wilson would go on to write the next run of Bond films, including Timothy Dalton’s grittier, more serious outings. With editor John Glen also making his feature directorial debut, this was one of many soft reboots for the 007 franchise, not unlike the shift in tone that happened with Daniel Craig’s debut Bond outing, Casino Royale. 12 films in, and James Bond had reached the point where it needed to reset its focus.

The problem is that while there’s a genuine attempt to go back to basics – revenge is always best served with a straight face in 007 territory – For Your Eyes Only goes so basic that it becomes generic, an oddly bland outing that winds up almost entirely unmemorable. It doesn’t help that Ken Adam was too busy for production design duties, and the budget overall was much lower, which meant that art department veteran Peter Lamont had to stick with more realistic sets. It’s a Cold War thriller at a time when other spy thrills are on offer – and if Bond isn’t able to be distinctively Bond in its style or content, what’s the point?

The things you do remember are mostly the jarring moments where the serious, low-key tone doesn’t gel with Roger Moore remaining in the role – he almost didn’t, in fact, with his initial three-film deal expired and other actors screen-testing for the role (including Dalton) before Moore signed on again. The opening sequence is a key example, as we see 007 visiting the grave of his wife – linking the film with On Her Majesty’s Secret Service, another more grounded reset of tone that followed the spectacle of You Only Live Twice – before having his helicopter hijacked by someone who appears to be Blofeld. Bond ends up picking him up and dropping him into the Beckton Gas Works just outside London, while making jokes about his bald head. It’s a statement of intent, drawing the line with both Blofeld (for legal reasons) and Bond’s more recent past nonsense, but nothing else that follows sticks in your mind.

And yet the film is also Oscar-nominated, thanks to its opening theme song, written by Bill Conti and Mike Leeson and performed by Sheena Easton. From its titular five-note synth fanfare to its love song that echoed The Spy Who Loved Me and Moonraker, it’s one of the archetypal 70s and 80s Bond ballads – as opposed to the glitzier, big band numbers such as Goldfinger or the pop songs such as A View to A Kill or Live and Let Die. Sticking to the four-beats-in-a-bar convention (Sheryl Crow’s Tomorrow Never Dies, which opted for a 6/8 time signature, remains one of the most unusual themes of the franchise), it’s an unthreatening entry in the 007 canon – it doesn’t even include the recognisable Bond chord sequence that John Barry added to Monty Norman’s signature tune all those years ago. That’s For Your Eyes Only in a nutshell: solid, unshowy and strangely forgettable.

007 Retrospective For Your Eyes Only John Glen Roger Moore