First look UK TV review: The Stand | Where to watch online in UK | How to stream legally | When it is available on digital | VODzilla.co

A strong cast and interesting ideas battle with uneven pacing in this grim Stephen King adaptation.

This review is based on the first two episodes of The Stand. New episodes arrive weekly on Sundays, starting 3rd January 2021.

Nonetheless, STARZPLAY is here to invite into this nightmarish universe, which depicts a world divided into two: those who would turn to Mother Abagail (Whoopi Goldberg) for good, Godly hope or those who follow the Dark Man, Randall Flagg (Alexander Skarsgård), down a seedier, evil path. But let’s not get ahead of ourselves: there’s still a lot of gruelling influenza horror to get through before the wider universe opens out.

And so we begin with Stu Redman (James Marsden), a Texan who appears to be the only person around immune to the virus – and is promptly snapped up by government scientists for testing purposes. He’s happy to help, but things inevitably turn sour, and a confrontation with JK Simmons as an elusive military figure is a sign of just how doom-laden things are looking. We also get to meet Harold Lauder (Owen Teague), a dark web fanatic who has a thing for his old babysitter, Frannie (Odessa Young), and hopes that he can convince her to run away with him to safety, now that their neighbourhood has become a lot less pleasant.

Episode 2 introduces us to yet more figures caught up in this wide web of seemingly unconnected lives, from musician Larry Underwood (Jovan Adepo) and a woman he crosses paths with, Rita (Heather Graham), to Lloyd (Nat Wolff), a criminal in prison who crosses paths with Randall. The latter is the closest get to major puzzle pieces falling into place, although there are glimpses of Stu in Colorado, where a future civilisation is developing under the guidance of Mother Abagail’s wisdom.

That’s a lot to pack in to two hours, and the show’s script manages the difficult feat of hopping between characters too quickly to find its feet yet too slowly to hook us in. There are moments, however, of genuinely gripping TV, such as a cat-and-mouse sequence through deserted streets that leaves Larry and Rita hiding behind cars or a bedroom encounter that will have your skin crawling with familiarity. The cast, too, are more than up to the task, with Teague sinking his teeth into Harold’s creepy manner and quietly nasty views and James Marsden always brilliant in a variant of the all-American protagonist we’d love to see as a hero in any disaster narrative. But with seven more hours to go until the flashback-heavy script can start to cohere into something more accessible – and more pleasant – The Stand is closer to The Sit Back and Wait to see whether it’ll be worthwhile in the end.

The Stand is available to watch online in the UK on STARZPLAY, a streaming service that costs £4.99 a month. The platform is available on iOS, Android, Apple TV and Virgin Media On Demand or through Amazon Prime Video Channels, as an add-on subscription to your existing account. 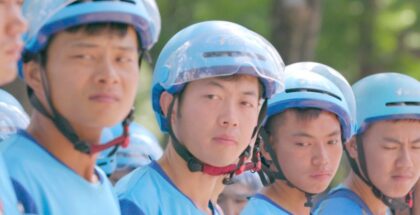 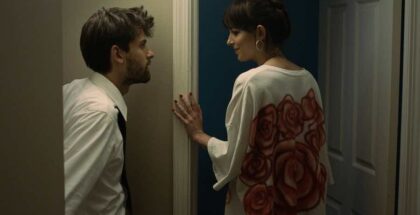