First look UK TV review: The Cleaner | Where to watch online in UK | How to stream legally | VODzilla.co

The Cleaner premieres at 9.30pm on Friday 10th September, with episodes arriving weekly.

“Has someone died here?” “Yes.” “Then you’re going to want to invite me in.” That’s the sound of The Cleaner entering your living room in BBC One’s new comedy. Following a crime scene cleaner as he goes about his gruesome, messy job, the unlikely comedy is based on the long-running German series, Der Tatortreiniger.

This UK remake is written by and stars Greg Davies, who finds the part of Paul “Wicky” Wickstead, the very particular and proud “cleaning technician”, a natural fit. He slips into the jumpsuit with ease, managing to juggle a focus that borders on being antisocial and a weariness that verges on being irascible with a nosy curiosity that veers into gossiping. It’s a tricky balancing act, and Davies has the right mix of anger, rudeness, sarcasm and middle-aged ennui – he spends a lot of the first episode talking about how his main aim is to get things wiped down in time for him to make it to a curry night at his local pub.

A crime scene cleaner would be nothing without a crime scene, however, and Davies has assembled a star-studded assortment of guests to accompany them, from Helena Bonham Carter as a widow who has killed her husband to Stephanie Cole as the wealthy resident of a mansion that’s been burgled. Bonham Carter sets the tone in the opening episode, drawing out poignant motivations for her actions even as she holds Wicky hostage – and insists that he stays in the bathroom. But as much as there are surprises in store, the episode also finds the programme struggling to balance its tone, from crude humour to sincere character moments. A brief musical sequence, involving a Frank Sinatra classic, gives us a glimpse of what The Cleaner could be, but it’s a fleeting moment of darkly funny absurdity.

Episode 2 is more consistent as Wicky struggles to keep the noise down in the lounge of a fussy author (David Mitchell), who is suffering writer’s block as he tries to pen his latest novel. Their bitter back-and-forth finds a more compelling groove, and the series enjoys contrasting moments of calm with gory montages of cloths and chemicals.

But despite the cast’s chemistry, the script isn’t as spotless as it needs to be, compared to the sharp wit of another BBC anthology, Inside No 9. The jokes occasionally feel forced and Davies’ frequent descent into rants sometimes lack the vitriol of his Taskmaster hosting or the personal honesty of his stand-up anecdotes. There’s promise among the mess, as Wicky’s careful procedures bring order to the chaos in each half-hour episode, but this uneven remake sometimes feels slightly lost in translation.

The Cleaner is available on BBC iPlayer after its broadcast.

What time is the US Open final? Everything you need to know 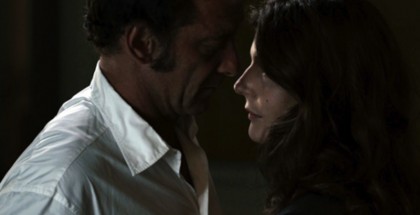