Digital theatre review: What the Constitution Means to Me | VODzilla.co | Where to watch online in UK

Digital theatre review: What the Constitution Means to Me 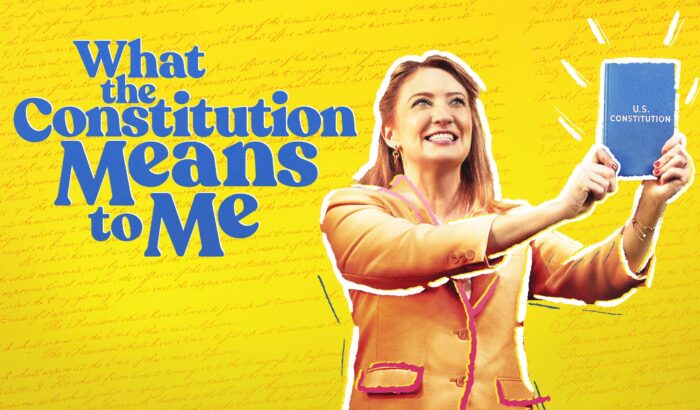 This rousing, exciting, amusing, passionate and interesting dissection of the US Consitution is a timely, inspiring watch.

“The American Constitution” aren’t exactly three words to inspire excitement, passion or interest in a British audience. Heidi Schreck’s stage show, though, is a rousing, exciting, amusing, passionate and – yes – interesting reminder of its enduring significance to the US of A.

Schreck has been doing her almost-one-woman political production for decades, bringing it back around again every time it gets topical, such as during a presidential election. With the coronavirus pandemic leaving theatres closed for most of 2020, this year instead sees her record the Broadway production and stream it on Amazon Prime Video instead – a snapshot of the most thrilling deconstruction of American history, identity and civil rights since Hamilton. That both of them are now available to watch online worldwide at the click of a remote is a wonderfully radical, accessible and inspiring state of affairs.

The play, which is part dramatic re-enactment, part lecture and part stand-up comedy routine, deftly dissects the document that formed the foundations of US society, beginning with herself as a child in school, giving a speech as part of a student contest. Comparing the act of writing the constitution with a spell cast by magicians who took part in an “act of collective ethical visualisation”, it’s full of wide-eyed wonder and idealism. Later, she pits a grown-up version of herself with another young student of today, who argues that the constitution should be abolished, dismantled or updated to make it relevant to now. Schreck’s stance lies somewhere between those two extremes, and the nuanced grey area that she guides us through is superbly drawn.

At the heart of the play is the fact that the constitution wasn’t written with a diverse society in mind, but was conjured up by a clan of wealthy white men, who were the ones in power shaping civilisation in their image. And yet that shortcoming is juxtaposed against just how progressive and ambitious the document was in the first place – the Ninth Amendment, for example, is beautifully analysed by Schreck, who points out that it means even if a right isn’t spelled out in the constitution, that doesn’t mean the right doesn’t exist. It’s hard to imagine a fundamental truth more important or alien to the experiences of people of colour across the United States.

Schreck’s intelligent observations are fused with heart-wrenchingly personal notes and anecdotes, taking us through a pregnancy and abortion and more. When she started performing the show, she reflects at one point, three women were killed by their male partners on average every day. Since then, that number’s gone up to four. Her performance is mannered, understated, mature and charismatic, often all at once, as she segues from playing herself as a teen to herself now, having lived through numerous biases and crises, and seen her rights as a woman severely infringed upon. To inject so much heart and soul into this kind of dry subject matter is no mean feat, and Schreck does it without breaking a sweat.

She’s joined by another brilliant talent behind the camera: Marielle Heller, whose A Beautiful Day in the Neighbourhood and Can You Ever Forgive Me? cemented her as a master of capturing sincere human relationships without descending into mawkish sentimentality. Here, Heller conveys the earnestness of Schreck’s text, while subtly taking her camera into the audience at times to emphasise the connections being formed with each new revelation. The result is a dynamic and engaging piece of performance capture – open-hearted filmmaking that’s as clear as it is pointed.

From Schreck’s immigrant grandmother to questions of law-making and freedom, this is a pertinent play that’s as timely as it is timeless, exploring notions of equality and identity, both on an individual and national level. In an era of populism and a growing awareness of flaws, crimes and prejudices exposed by the #MeToo and #BlackLivesMatter movements, this is a thoughtful document of the current state of the union, and a powerful call to engage in democracy wherever you are.

What the Constitution Means to Me is available to watch online on Amazon Prime Video as part of a Prime membership or a £5.99 monthly subscription.

Digital Theatre Heidi Schreck What the Constitution Means to Me

You’ve been watching Love Actually wrong all these years 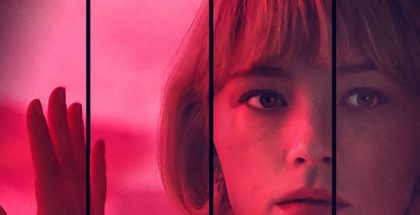 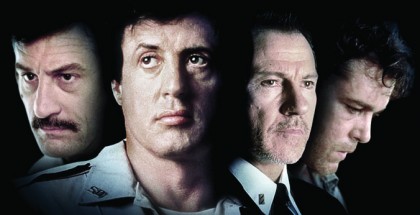 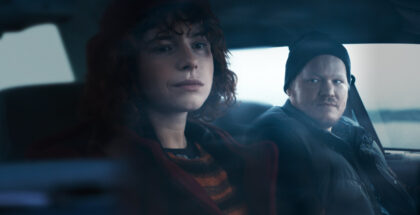 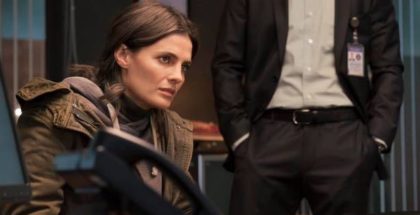