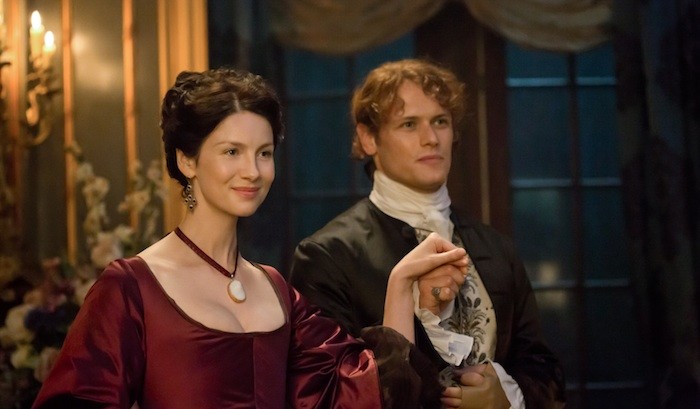 “Je Suis Prest” reads the Fraser family motto. It’s a nice nod that the show embraces it for the title of Episode 9 of Season 2, as it tackles not just questions of families and loyalties, but also the preparations of the Scottish soldiers ahead of the Jacobite rebellion; in case the flocks of farmers marching through the fields haven’t made it clear already, they ain’t none too ready.

It’s clear, though, that the people behind the scenes are certainly in shape for the larger scale stories ahead. After upping sticks to Paris for some political plotting, our screens are full of the rolling hills of the Highlands, but things are not peaceful and serene: the sound of war drums is on the horizon. Bear McCreary once again proves himself as one of the best composers working in telly today with stirring battle music that brings a touch of Black Sails’ derring-do and adventure to Outlander’s picturesque countryside. You can expect to hear even more of that as the show continues.

The script, meanwhile, reintroduces Dougal (Graham McTavish) to the fray, as forces reunite and band together. The last time we really saw him, you may recall, he was all too happy to convince Claire not to rescue Jamie from Black Jack and marry him instead, before pimping out Jamie’s abused body for money to fund the rebellion. Claire’s greeting, then, is understandably colder than Jamie’s, but there’s more to him than the selfishness she accuses him of; with us not seeing much of Dougal Season 1, McTavish is given some very welcome screen-time to flesh out his character to something more complex than That Not Very Nice Bald Guy.

Instead, he turns out to be That Disturbingly Patriotic Guy, happily whipping off his clothes, painting himself blue (at least in his head) and giving of battle cries like Mel Gibson’s biggest fan. He disagrees with Jamie on how to run the army – Jamie knows it’ll take more than some Braveheart cosplay – and so he ends up in a subservient soldier role. He agrees to follow Jamie’s orders and inform Prince Charles the troops are gathered at the end of the episode, but will he remain obedient? It’s a nice touch to deepen a supporting character who could have been two-dimensional and irrelevant.

The differences between the characters are also demonstrated in their varying approaches to combat. Murtagh proves to be a scarily effective drill sergeant, while Jamie is a passionate speechmaker, and Dougal, well, he’s very enthusiastic about stabbing wooden dummies of the enemy in the neck.

It’s a nice piece of physical character development, something that elevates what is, essentially, an hour-long training montage. But that montage also helps bring more nuance to Claire’s back-story, as it turns out to also include flashbacks to her days in WWII.

Caitriona Balfe is as good as ever, managing to bring anguish and tragedy to her memories of the American troops who ended up dying – despite the annoyingly on-the-nose screenplay, which, not for the first time, struggles somewhat with some of the more internalised passages of the novel. But again, visually, the show’s storytelling has rarely been more confident, clearly making the distinction between the time periods while constantly emphasising their similarities. The result is a moving exploration of PTSD in the place where you’d least expect it – a reminder that it’s not just men who suffer under war, and that there’s more to Claire than merely being a woman out of time – and a smart building of tension ahead of the Battle of Prestonpans.

Claire and Jamie facing obstacles, of course, is nothing new in Outlander, but the series is always at its most satisfying when they solve them together. Here, that happens in a superb little sequence that sees a British scout sneak into the camp, only for Jamie to threaten torture in exchange for information. For a moment, you wonder if Jamie’s gone too far in his enthusiastic preparation for conflict – throughout the episode, Sam Heughan does a fantastic job of smiling with the satisfaction of a man getting the chance to do manly things. Then, it becomes clear that the couple are putting on a show for their guest, as she stumbles upon the torture and Jamie pretends to hold her hostage in exchange for the scout’s information. The scout’s oh-so-British chivalry, of course, means that he acquiesces and spills the beans.

In the book, Jamie’s the one to initiate that subterfuge, but Claire’s the person in the driving seat here – a change that reinforces her position as the heart of this chapter and gives a satisfying conclusion to her bout of PTSD, bringing her right back to the present and clearly positioning her as fully on-side. Jamie, meanwhile, takes lashes as punishment for the camp’s lapse in security (he’s already appointed Dougal’s men as sentries by that point) – a nice (and by that, we mean grim) moment for him, in that it shows him rising above his tortured body to be a sacrifice for the cause, if necessary. As Jamie and Claire both know, though, lots of the men there won’t have that choice.

Perhaps most intriguing of all is the identity of the young scout himself: Lord John Grey, who tells Jamie that he’ll one day repay the debt of his spared life and, once they’re even, will not hesitate to kill Jamie. Fans of the books will know that Lord John later becomes a significant figure, even getting his own run of books. Would Outlander run with a spin-off about him? The fact that the series has just been renewed for a third and fourth season, not to mention its ability to elevate a filler episode to something more substantial, confirms that the show would be more than ready for such a challenge.

Outlander Season 2 is available to watch in the UK exclusively on Amazon Prime Video, as part of a £5.99 monthly subscription. New episodes arrive every Sunday, within 24 hours of their US broadcast. 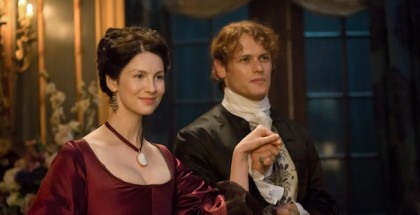 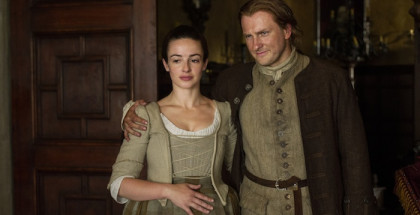 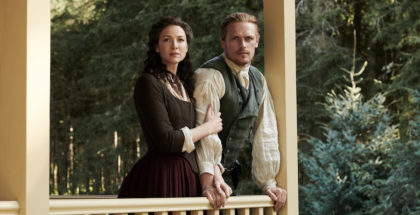 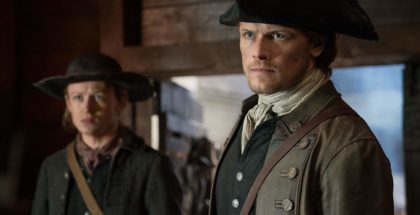